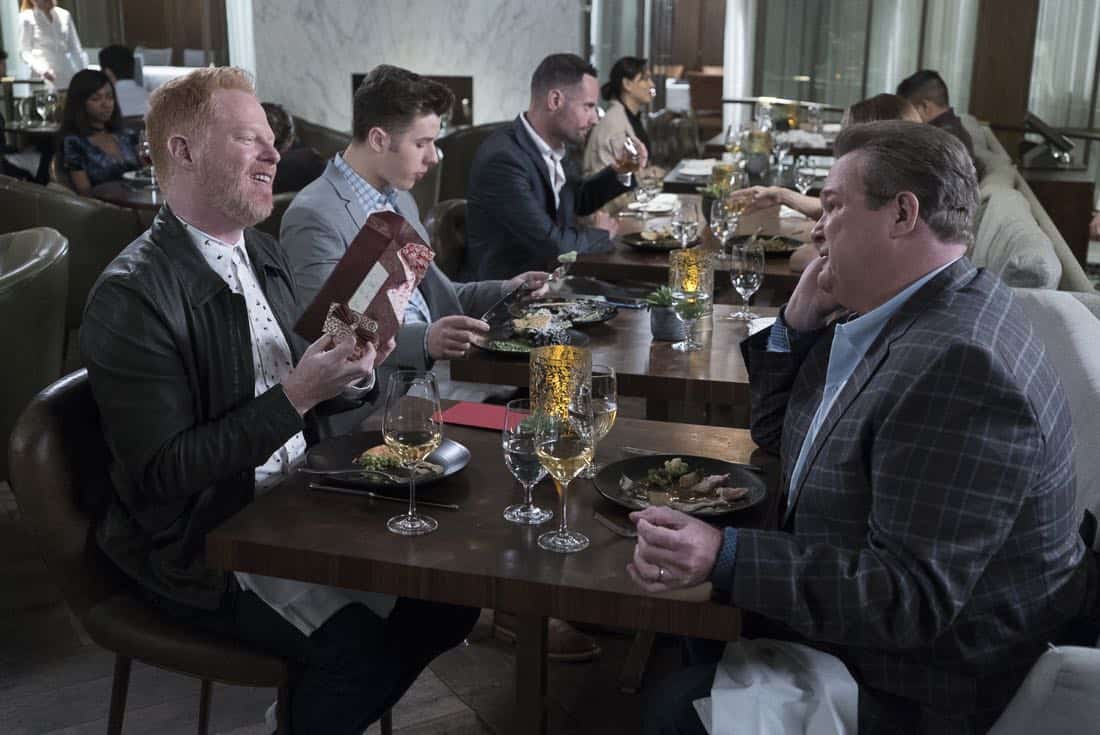 “Written in the Stars” – Phil thinks that Gloria is upset at Jay for dropping the ball on Valentine’s Day, so he convinces Jay to spice things up with a little role playing that doesn’t go off as planned. Meanwhile, Mitch and Cam may have unwittingly ruined Luke’s Valentine’s Day date and are forced to make things right, on “Modern Family,” WEDNESDAY, FEB. 28 (9:00-9:31 p.m. EST), on The ABC Television Network, streaming and on demand.  MODERN FAMILY Season 9 Episode 14 Photos Written in the Stars

Guest starring are Chris Geere as Arvin and Ava Allan as Amanda.

“Written in the Stars” was written by Abraham Higginbotham and Jon Pollack, and directed by Jaffar Mahmood.