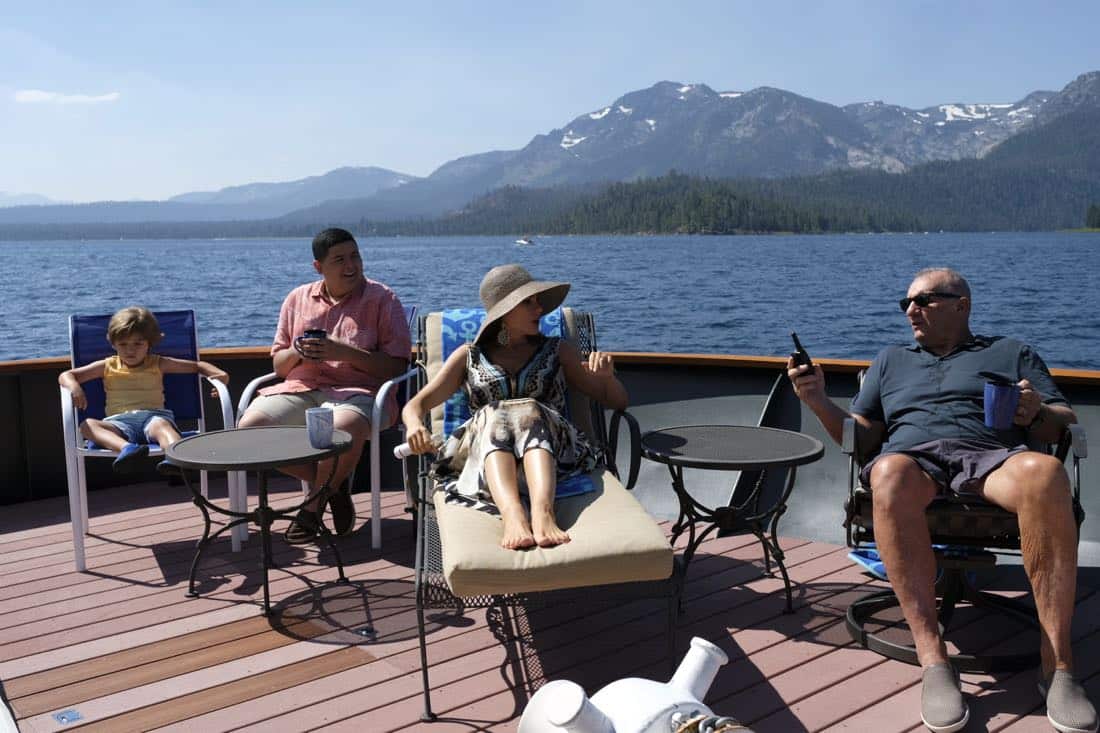 “Lake Life” – In the season premiere, Jay forces the family to take their family vacation on a houseboat on a lake in an effort to create memories that will last long after he’s gone. Meanwhile, Mitchell runs into an old flame that opens some old wounds; Cam has to stay out of the sun at all costs; Phil and Claire try out some adventureous excursions; and the kids’ quest for a good time may not be as fun as they expected.
“Modern Family” premieres WEDNESDAY, SEPTEMBER 27 (9:00-9:31 p.m. EDT), on The ABC Television Network.

Guest starring is Kyle Bornheimer as Scotty and Joe Mande as Ben. “Lake Life” was written by Elaine Ko and directed by Jim Bagdonas.