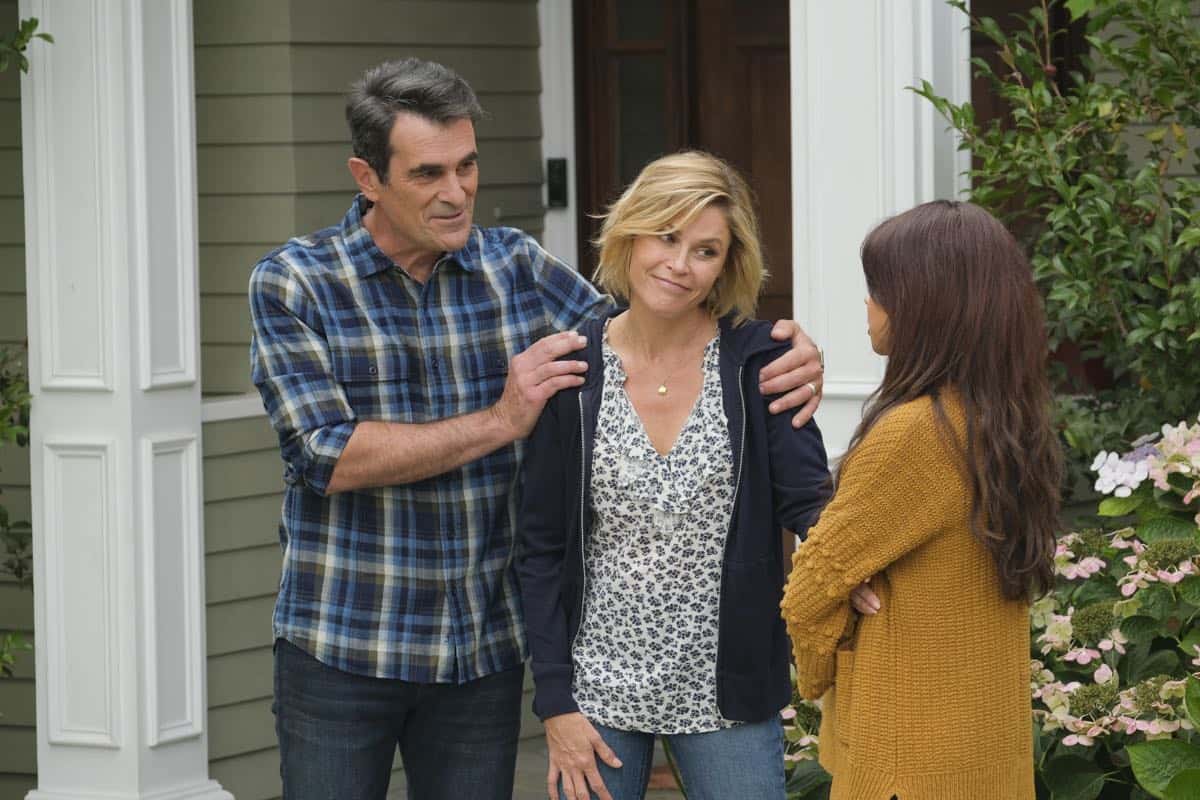 MODERN FAMILY Season 11 Episode 1 Photos New Kids On The Block – “New Kids on the Block” – Haley is determined to follow the advice in her parenting books with the twins, but Phil and Claire think their old methods are better. Meanwhile, Manny is set to direct Jay’s dog bed commercial in the hopes of winning his ex-girlfriend back on the season premiere of “Modern Family,” WEDNESDAY, SEPT. 25 (9:00-9:31 p.m. EDT), on ABC. (TV-PG, DL) Episodes can also be viewed the next day on ABC.com, the ABC app and Hulu.

“New Kids on the Block” was written by Paul Corrigan and Brad Walsh, and directed by Gail Mancuso.