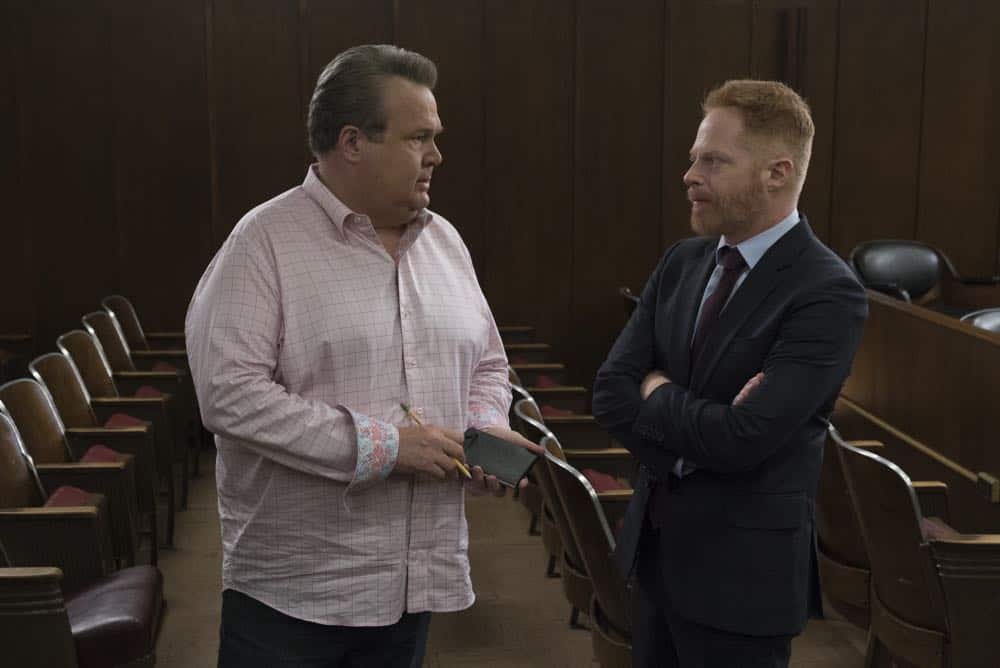 MODERN FAMILY Season 10 Episode 3 Photos A Sketchy Area – “A Sketchy Area” – Phil stumbles into an exciting new career after dropping by Luke’s college; while Claire deals with her dad, Jay, and the merger of Pritchett’s Closets with a tech-savvy, hipper company. Meanwhile, Mitch’s new high-profile case as an assistant district attorney is marred by an unflattering courtroom sketch by the resident artist (Dan Levy), on “Modern Family,” WEDNESDAY, OCT. 10 (9:00-9:31 p.m. EDT), on The ABC Television Network, streaming and on demand.

Guest starring is Dan Levy as the courtroom sketch artist, Jonah, and Ben Schwartz as Nick.

“A Sketchy Area” was written by Elaine Ko and directed by Jeffrey Walker.