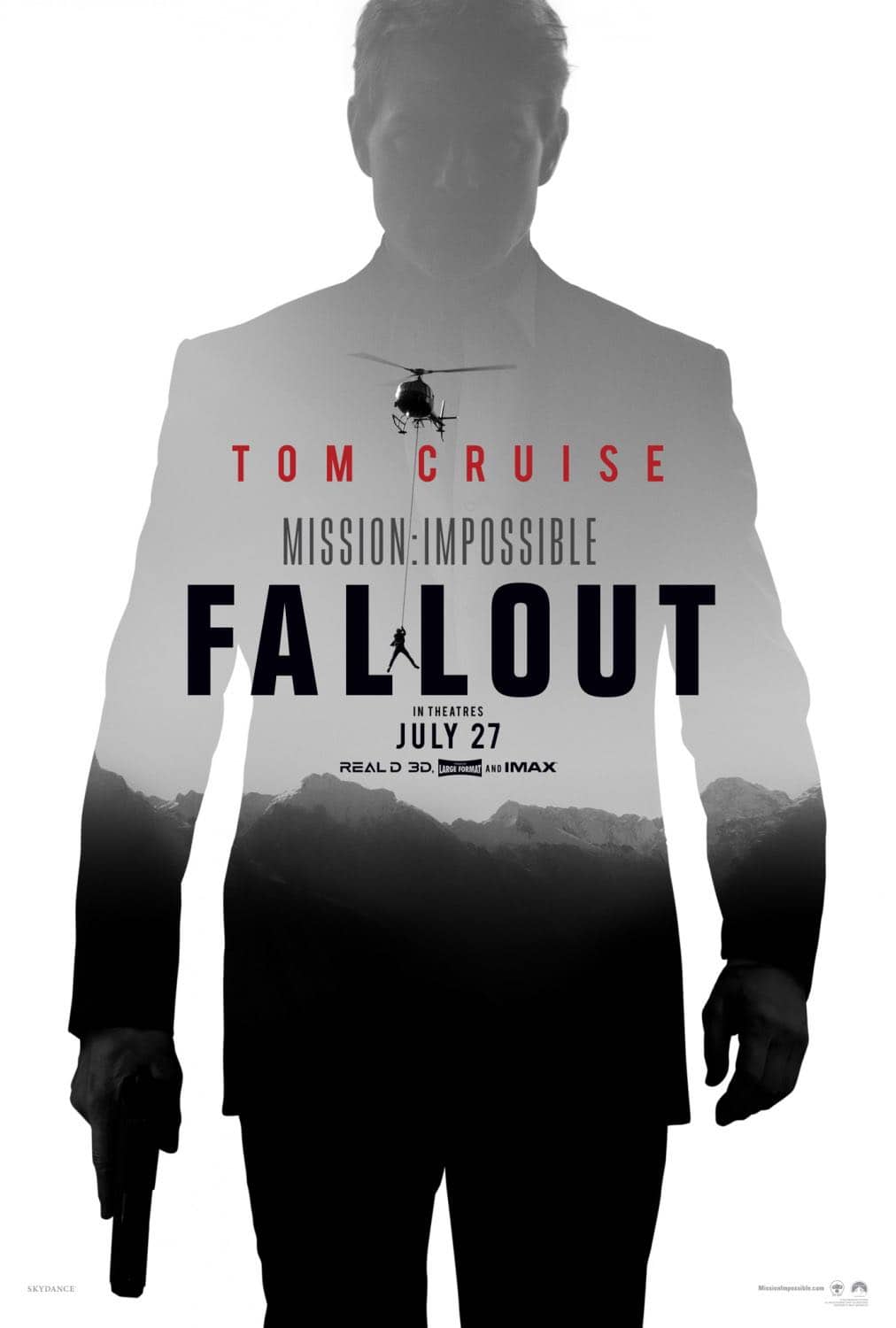 The latest installment in the franchise, titled Mission Impossible Fallout, “finds Ethan Hunt and his IMF team along with some familiar allies (Rebecca Ferguson, Michelle Monaghan) in a race against time after a mission gone wrong.”