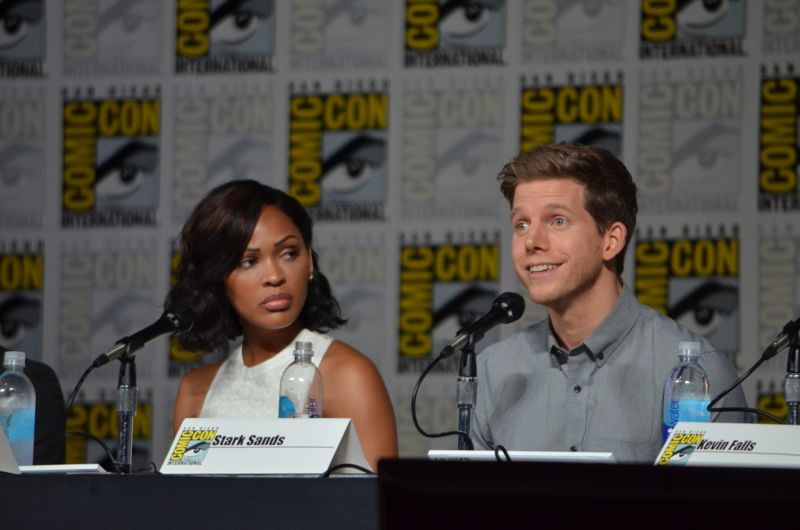 Based on the international blockbuster film by executive producer Steven Spielberg and the first of his films to be adapted for television, MINORITY REPORT follows the unlikely partnership between a man haunted by the future and a cop haunted by her past, as they race to stop the worst crimes of the year 2065 before they happen. Set in Washington, D.C., it is 10 years after the demise of Precrime, a law enforcement agency tasked with identifying and eliminating criminals…before their crimes were committed. To carry out this brand of justice, the agency used three precogs – “precognitives” Dash, Arthur and Agatha – who were able to see the future. Now, in 2065, crime-solving is different, and justice leans more on sophisticated and trusted technology than on the instincts of the precogs. Precog DASH (Stark Sands, “Inside Llewyn Davis”) – driven by his terrifying, but fragmented visions – now has returned in secret to help a brash, but shrewd, police detective, LARA VEGA (Meagan Good, “Think Like A Man” franchise, “Californication”), attempt to stop the murders that he predicts. As they navigate this future America, they will search for Dash’s missing twin brother, ARTHUR, and elude others who will stop at nothing to exploit their precog abilities. Also complicating matters is Dash and Arthur’s ingenious, but reclusive, foster sister, AGATHA (Laura Regan, “Mad Men,” “Unbreakable”), who just wants Dash to return home. A drama of crime and conspiracy, this is a timeless story of connection: two lost souls, Dash and Vega, who find friendship, purpose and redemption in each other.

Author
Genevieve Collins
Genevieve Collins is a contributing photographer and entertainment reporter. She covers events such as San Diego Comic-Con, WonderCon and press junkets. Her stunning photos have been showcased throughout the entertainment digital realm and remain one of her proudest accomplishments. She is also an avid BONES fan and will happily talk about it for hours on end.
Previous Article