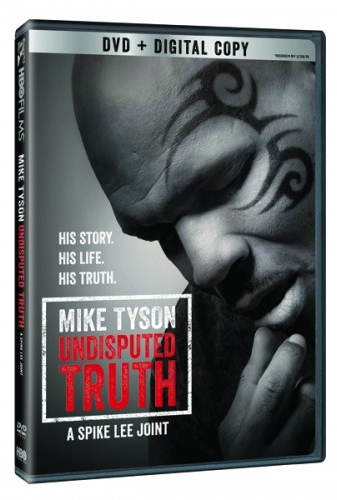 Seat42f and HBO Home Entertainment have teamed up to give THREE lucky winners a copy of MIKE TYSON : UNDISPUTED TRUTH on DVD. For a chance to win leave a comment below telling us why you want to add MIKE TYSON : UNDISPUTED TRUTH to your DVD collection. Only one entry per person. Contest ends February 24th. Winners will be notified on February 25th via email so make sure to use a valid email address when you post your comment.

Controversial and charismatic former heavyweight champion Mike Tyson bares it all in Mike Tyson: Undisputed Truth, his hit one-man stage show directed by Academy Award® Nominee and personal friend Spike Lee (Do the Right Thing, HBO’s When the Leeves Broke: A Requiem in Four Acts). Mike Tyson: Undisputed Truth will arrive on DVD with Digital Copy ($14.98) on February 11, 2014 (timed to Black History Month) and includes “Conversations,” a featurette including interviews with Lee and Tyson, along with executive producer/writer Kiki Tyson and executive producer Jon Kilik, that discuss the story behind Undisputed Truth.