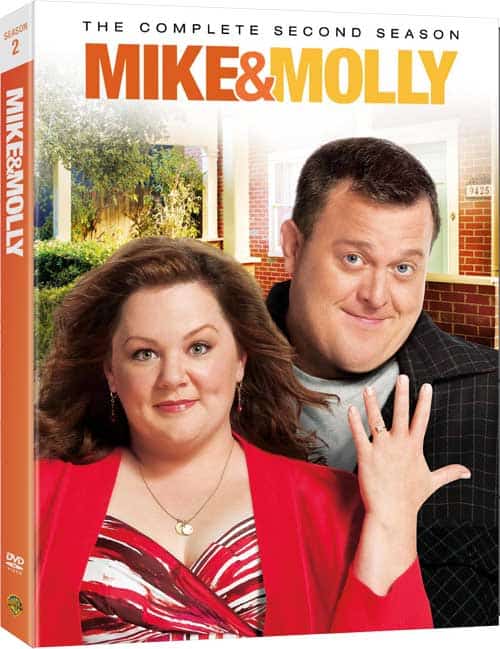 Seat42f and Warner Home Video have teamed up to give FIVE lucky winners a copy of MIKE & MOLLY Season 2 on DVD. For a chance to win leave a comment below telling us why you want to add MIKE & MOLLY Season 2 to your DVD collection. Only one entry per person. Contest ends September 11th. Winners will be notified on September 12th via email so make sure to use a valid email address when you post your comment.

The laughs don’t stop as the hilarious and loveable Mike & Molly return for Mike & Molly: The Complete Second Season on DVD!

Wedding bells are ringing for Mike & Molly! At the end of Season One, Mike popped the question… and in Season Two, Molly’s in a tizzy over the wedding plans! Not surprisingly, Mike doesn’t get what all the fuss is about. His-and-her versions of wedding planning woes are at the heart of the second season of Mike & Molly, starring two of TV’s favorite comic actors — Billy Gardell and Bridesmaids Oscar®-nominee Melissa McCarthy.