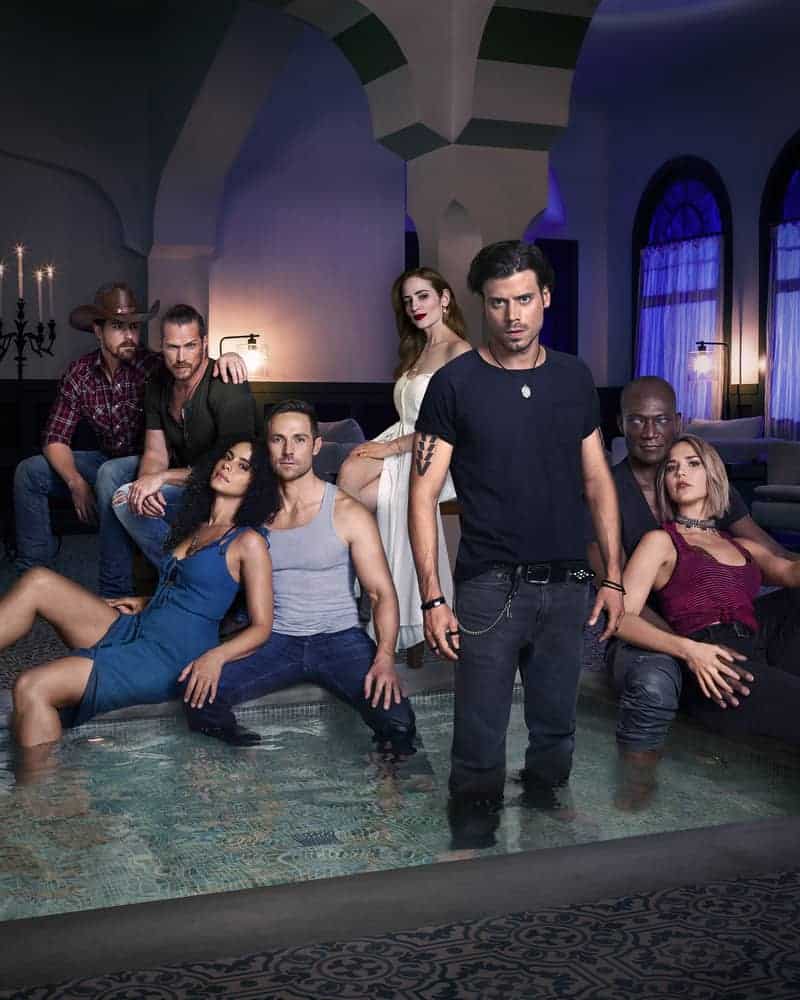 MIDNIGHT TEXAS Season 2 Cast Promo Photos – The town of Midnight sits on a veil between the living and hell.

“Midnight, Texas” stars François Arnaud (“The Borgias”) as Manfred, a charming, powerful psychic who can communicate with spirits and finds safety in Midnight surrounding himself with both human and supernatural allies.  Midnight is also home to Bobo (Dylan Bruce, “Orphan Black”), proprietor of Midnight’s local pawn shop; Fiji (Parisa Fitz-Henley, “Luke Cage”), a witch who owns the local wiccan shop; Olivia (Arielle Kebbel, “Ballers”), a mysterious assassin with a weapon for every occasion; Joe (Jason Lewis, “Sex and the City”), an angel who knows all of Midnight’s secrets having been around for millennia; Lemuel (Peter Mensah, “True Blood”), a wise vampire with a long history in Midnight.

As the town members’ bond is stronger than ever, the mysterious arrival of new hotel owners threatens the balance of Midnight. “Midnight, Texas” is based on the best-selling book series by Charlaine Harris (author of the novels that inspired “True Blood”) and executive produced by Eric Charmelo (“Supernatural”), Nicole Snyder (“Supernatural”) and David Janollari (“Six Feet Under”), and produced by Universal Television and David Janollari Entertainment.