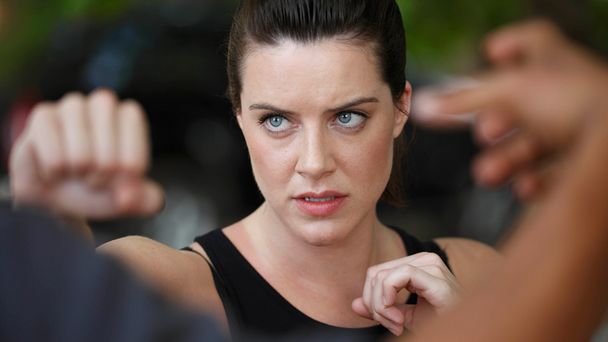 With filming underway for the third series of BBC One and Red Planet Pictures’ hit drama Death in Paradise, it has been announced today that the stellar line-up of guest stars will include acclaimed actors Michelle Ryan (Jekyll, Merlin), Helen Baxendale (Cold Feet, Cuckoo) and Peter Davison (Doctor Who, At Home With The Braithwaites).

Joining the Caribbean drama’s newest recruit, Kris Marshall (Lightfields, My Family), as well as the regular team of popular cast members, the host of top-name talent will be filming their scenes on the Caribbean island of Guadeloupe this summer.

Commenting on her role in the hit series, Michelle Ryan says: “It’s very exciting to be a part of this excellent series. I play an actress who is quite a handful with a dark past. The action element is always appealing for me and getting to film on the gorgeous Island of Guadeloupe was incredible. We had so much fun!”

It was announced earlier this year that series three of the ratings smash crime drama will see the departure of DI Richard Poole played by Ben Miller, with Kris Marshall joining the cast of the witty murder mystery as the latest lead detective.

Reaching ratings of up to 8 million viewers on BBC One earlier this year, the successful series follows the detective team on the idyllic Caribbean island of Saint Marie as they investigate the most intriguing and dastardly of murders. The team must use their skills to uncover the truth behind the island’s complex crimes.

Belinda Campbell, Executive Producer for Red Planet Pictures says: “We’re thrilled to have another fantastic list of talented guest stars involved for the third series of Death In Paradise. We’re very lucky to have such gifted actors and actresses to accompany our equally brilliant regular cast in bringing the twists and turns on the intricate mysteries to life. Hopefully the new series will help bring some Caribbean sunshine to the UK during the cold and rainy winter months!”

Death in Paradise is a Red Planet Pictures production in association with BBC Worldwide, produced with the support of the region of Guadeloupe. It is created by Robert Thorogood and Executive producers are Tony Jordan and Belinda Campbell for Red Planet Pictures and Polly Hill for BBC One.