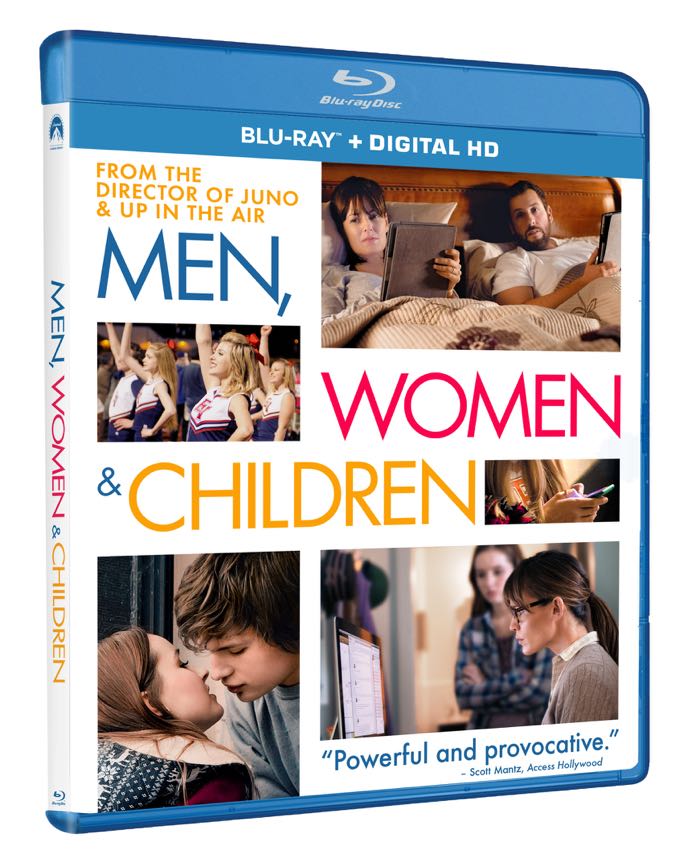 Seat42f and Paramount Home Entertainment have teamed up to give THREE lucky winners a copy of MEN, WOMEN & CHILDREN on Blu-ray. For a chance to win leave a comment below telling us why you want to add MEN, WOMEN & CHILDREN to your Blu-ray collection. Only one entry per person. Contest ends January 28th. Winners will be notified on January 29th via email so make sure to use a valid email address when you post your comment.

Adam Sandler (Grown Ups), Jennifer Garner (Dallas Buyers Club) and Ansel Elgort (The Fault in Our Stars) lead “an amazing ensemble cast” (Mark S. Allen, CBS/CW TV) in this film about love and human connection in the modern world.  MEN, WOMEN & CHILDREN tells the story of high school teenagers and their parents who attempt to navigate their complex relationships in an era defined by social media, online exchanges, and instant gratification.  Discover how little you know about the people you know in the film critics are calling “a movie that could change your life!  Not to be missed!” (Scott Mantz, “Access Hollywood”).

The MEN, WOMEN & CHILDREN Blu-ray includes the intriguing featurettes “Virtual Intimacy” and “Seamless Interface,” as well as deleted scenes, including a never-before-seen storyline.