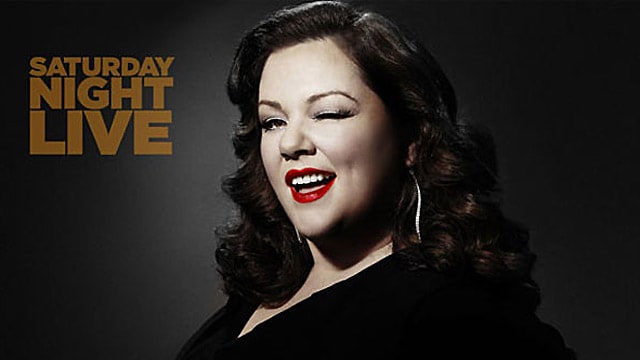 On February 1, Melissa McCarthy returns to the SNL stage for her third hosting appearance. The Emmy Award-winning actress stars on the television comedy “Mike & Molly” and is the star and co-writer of the upcoming film, “Tammy.”  She will also star in the upcoming film, “St. Vincent.”

Imagine Dragons’ platinum album, “Night Visions,” earned worldwide commercial success with the multi-platinum-selling singles “It’s Time,” “Demons” and “Radioactive.” The band will make their SNL debut on the heels of a performance at the 56th Annual Grammy Awards, where they are nominees in two categories for “Radioactive.”