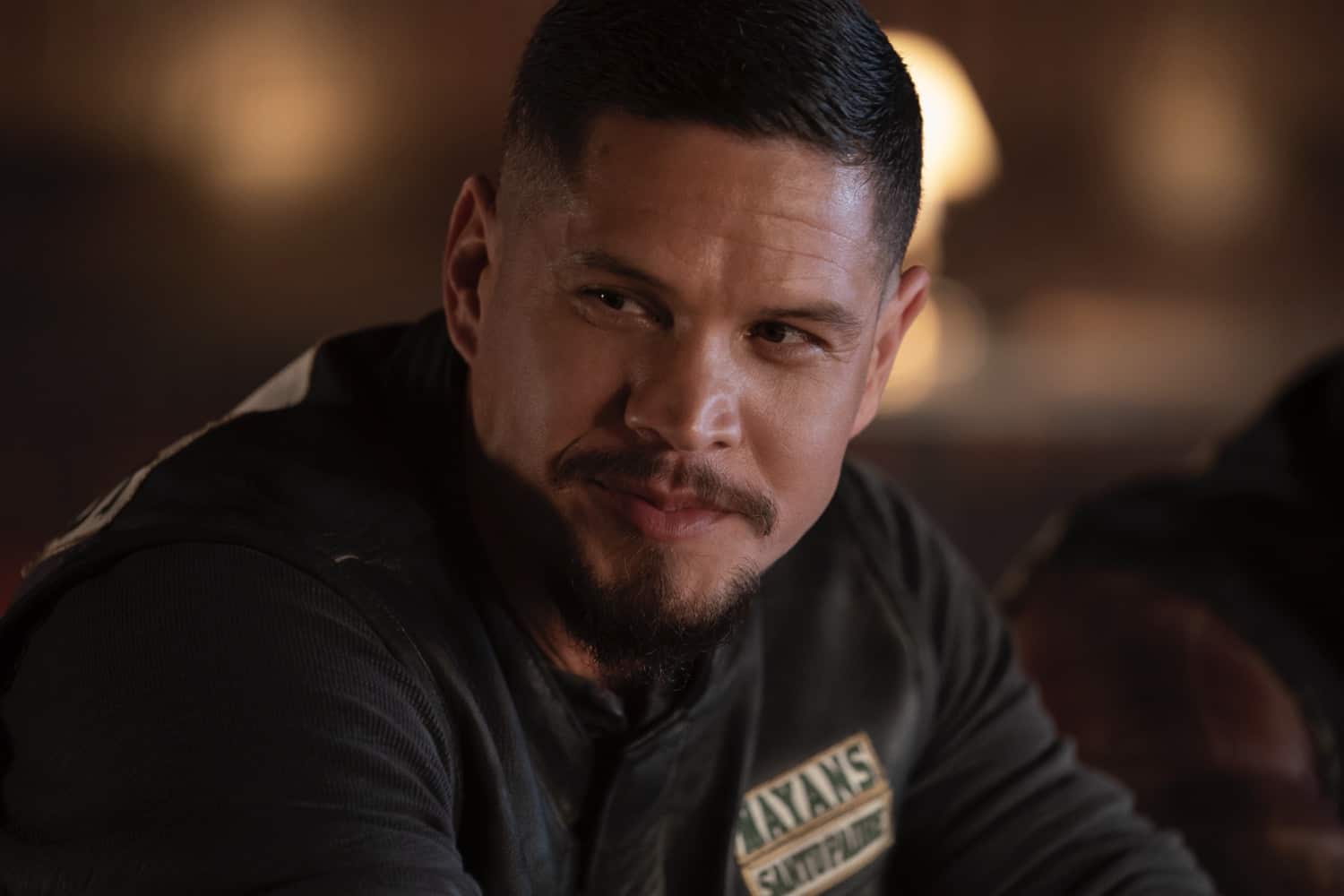 Check out the promotional pictures from MAYANS MC season 3 episode 1 “Pap Struggles with the Death Angel” (Airs March 16, 10pm e/p) – A border shutdown squeezes the Mayan’s heroin trade setting off an internal clash over the future of the club. Written by Elgin James; directed by Michael Dinner. s03e01 3×01 3.01 s3e1