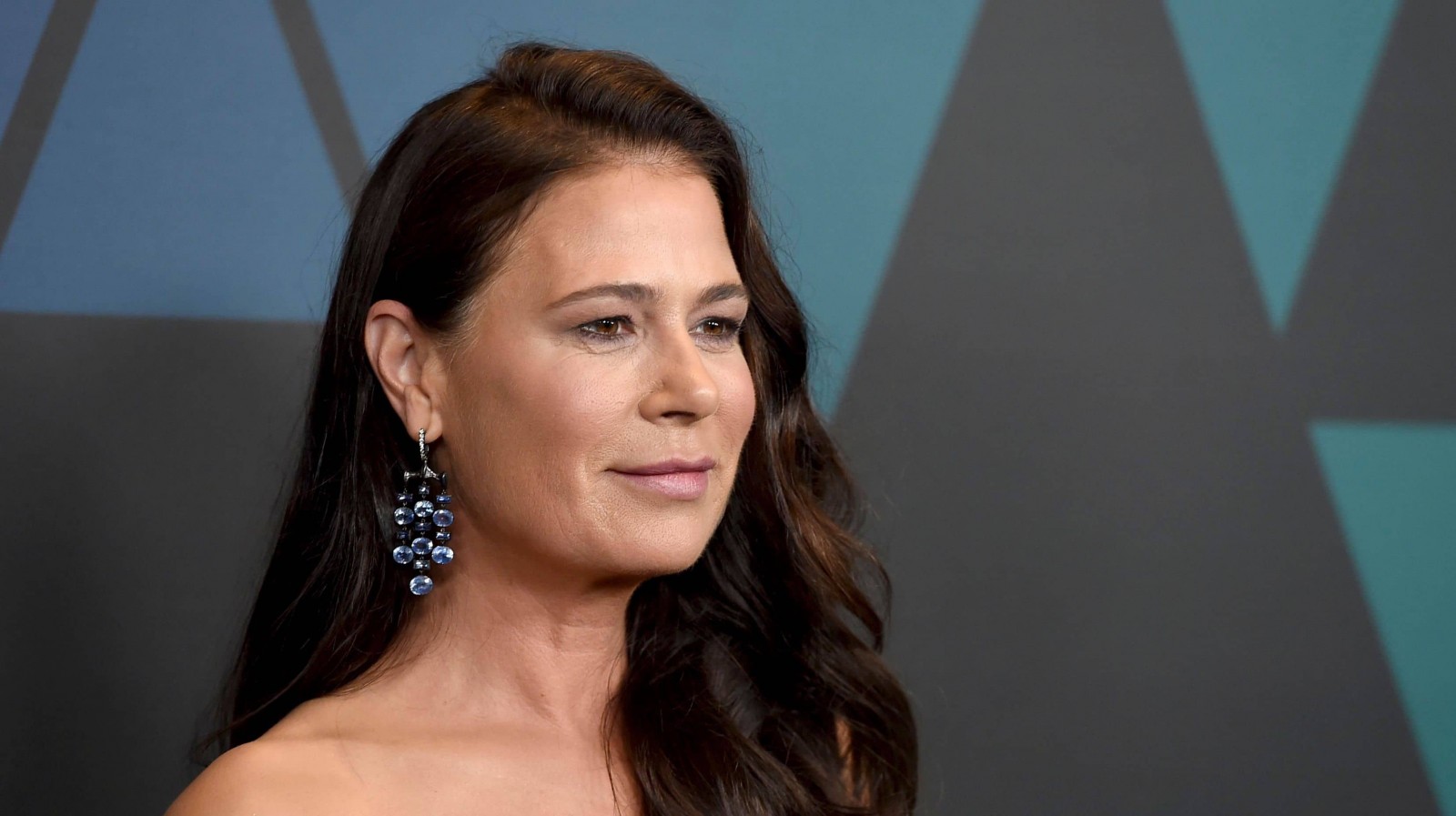 Golden Globe winner and Emmy® nominee Maura Tierney (THE AFFAIR) has joined the cast of the upcoming SHOWTIME drama RUST, starring Emmy winner and Tony® and Golden Globe nominee Jeff Daniels (The Newsroom, Godless, The Looming Tower). In addition, Emmy and Tony nominee Bill Camp (The Night Of), Tony winner David Alvarez (West Side Story), Alex Neustaedter (Colony) and newcomer Julia Mayorga have been cast as series regulars. RUST is scheduled to begin production in Pittsburgh in late March.
Based on Philipp Meyer’s celebrated debut novel American Rust, RUST is a compelling family drama that will explore the tattered American dream through the eyes of complicated and compromised chief of police Del Harris (Daniels) in a Rust Belt town in southwest Pennsylvania. When the woman he truly loves sees her son accused of murder, Harris is forced to decide what he’s willing to do to protect him.
Tierney will play Grace Poe, a woman from a devasted Pennsylvania steel town trying to organize a union among co-workers at her dress factory, while her son Billy (Neustaedter) is accused of murder. Tierney most recently starred on the Golden Globe-winning SHOWTIME series THE AFFAIR. A two-time Emmy and Critics’ Choice Award nominee, she is also known for her Emmy-nominated role on ER, on which she starred for eight seasons. Tierney additional television credits include Newsradio and The Whole Truth, and she had prominent recurring arcs on The Good Wife and Rescue Me. Tierney made her Broadway debut in 2013 starring in Nora Ephron’s Lucky Guy alongside Tom Hanks. Her film credits include The Report, Primary Colors, Instinct, Insomnia, Baby Mama, Welcome To Mooseport, Diggers and Primal Fear.
Camp will play Henry English, a disabled former steel worker and widower who has placed the entire burden of his care on his son, Isaac (Alvarez). When Isaac runs away, Henry is forced to call his daughter Lee (Mayorga) back from her new life in New York City and finally reckon with the reality of his wife’s death. In addition to his Emmy nominated performance for Best Supporting Actor in a Limited Series in The Night Of, Camp can be seen in The Outsider, based on the Stephen King novel of the same name. He can also be heard as the new narrator for the revived Forensic Files II. His film credits include Joker, Dark Waters, Skin, Native Son, The Kitchen, Wildlife, Woman Walks Ahead, Red Sparrow and Molly’s Game. A veteran of the stage, Camp received a 2016 Tony Award nomination for his performance in Arthur Miller’s The Crucible.
Alvarez will play Isaac English, a recent high school graduate who abandons both his ailing father and his troubled friend to hitchhike cross-country. He’ll have to weigh the value of self-discovery against that of personal loyalty. Alvarez received a Tony Award for his performance in Billy Elliot. A proud military veteran, he most recently wrapped production playing the iconic role of Bernardo in Steven Spielberg’s remake of West Side Story.
Neustaedter will play Billy Poe, a former high school football star who turned down a scholarship to stay in town. When he’s accused of the murder of an ex-cop, he must weigh his personal loyalties with the value of his own life. Neustaedter can be seen in the upcoming film Things Heard And Seen, an American horror thriller film, starring opposite Amanda Seyfried. A series regular in Colony, Neustaedter has also appeared in Low Tide, Ithaca, American Woman, Walking Out and The Tribes of Palos Verdes.
Mayorga will play Lee English, a young woman, who upon graduating from Columbia Law School, is pulled back to her hometown as her brother runs away, and her father’s condition deteriorates. Born and raised in Los Angeles, Mayorga moved in the spring of 2019 to New York to study acting at the Terry Knickerbocker Conservatory. Her two-year intensive training was cut short when she was cast in RUST.
RUST is executive produced by Dan Futterman (Capote), Michael De Luca (ESCAPE FROM DANNEMORA), Jeff Daniels and Elisa Ellis (Narcos, Hannibal) for Platform One Media, which is headed by CEO Katie O’Connell Marsh.
Showtime Networks Inc. (SNI), a wholly owned subsidiary of ViacomCBS Inc., owns and operates the premium television networks SHOWTIME®, THE MOVIE CHANNEL™ and FLIX®, and also offers SHOWTIME ON DEMAND®, THE MOVIE CHANNEL™ ON DEMAND and FLIX ON DEMAND®, and the network’s authentication service SHOWTIME ANYTIME®. Showtime Digital Inc., a wholly owned subsidiary of SNI, operates the stand-alone streaming service SHOWTIME®. SHOWTIME is currently available to subscribers via cable, DBS, and telco providers, and as a stand-alone streaming service through Amazon, Apple®, Google, LG Smart TVs, Oculus Go, Roku®, Samsung Smart TVs and Xbox One. Consumers can also subscribe to SHOWTIME via Amazon’s Prime Video Channels, Apple TV Channels, AT&T TV Now, FuboTV, Hulu, The Roku Channel, Sling TV and YouTube TV. Viewers can also watch on computers at Showtime.com. SNI markets and distributes sports and entertainment events for exhibition to subscribers on a pay-per-view basis through SHOWTIME PPV®. For more information, go to www.SHO.com.
Tags
Maura Tierney Rust Showtime