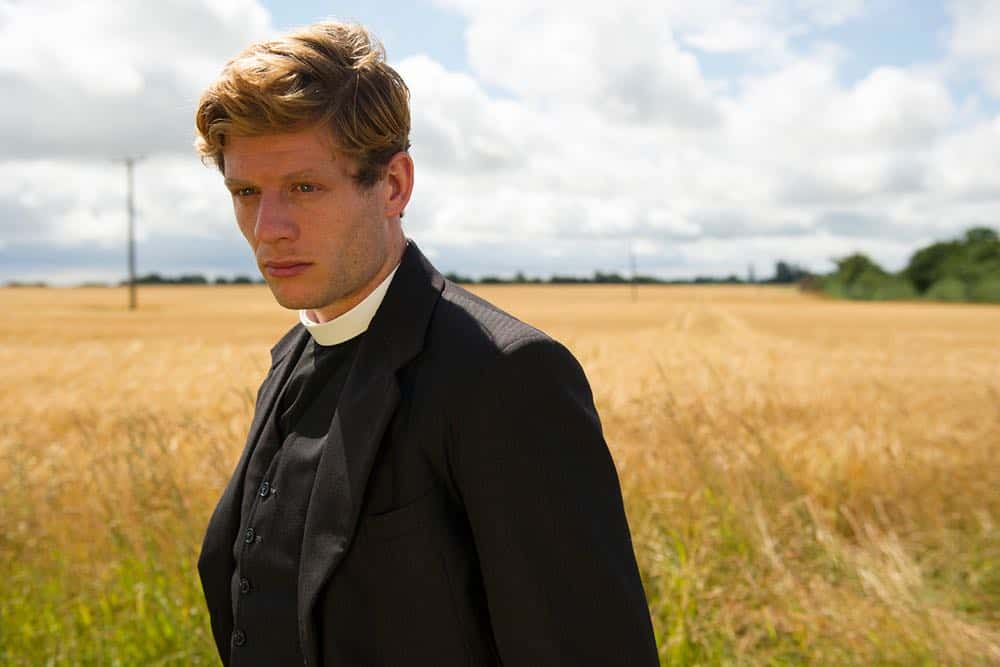 Good news for Grantchester fans: MASTERPIECE on PBS and ITV have announced a fourth season of the popular mystery series starring James Norton and Robson Green as the unlikely clergyman/cop duo fighting crime in the English hamlet of Grantchester in the 1950s.

These will be the final episodes for Norton’s character Sidney Chambers, the charismatic, jazz-loving vicar who has captured the hearts of millions of viewers. Casting of a new vicar will be announced at a later date. In addition to Mr. Green, returning members of Grantchester’s ensemble cast include Al Weaver, Tessa Peake-Jones and Kacey Ainsworth.

“It’s a bittersweet time for Grantchester fans, who will be cheering the return of the series but crushed to say good-bye to James,” says MASTERPIECE Executive Producer Rebecca Eaton at WGBH Boston. “We want to assure them that the series they love will continue – with brilliant new episodes and a captivating new vicar.”

“I’m ecstatic that – with Masterpiece and ITV – we are returning to Grantchester with all our favourite characters,” says Kudos Executive Producer Diederick Santer. “While I’m sad that these will be James Norton’s final episodes, we will make sure he goes out with a bang. We’ve got exciting plans for where the show is heading and the vicarage won’t be vacant for long.”

MASTERPIECE has commissioned Grantchester’s fourth season, which begins production in June in London, Cambridge, and Grantchester. It will air on MASTERPIECE on PBS in 2019.

Grantchester, Season 4 is a Co-Production of Kudos and MASTERPIECE for ITV and is distributed internationally by Endemol Shine International, who have sold the show across 162 countries. The executive producers for Kudos are Diederick Santer, Emma Kingsman-Lloyd, and Daisy Coulam. The executive producer for MASTERPIECE is Rebecca Eaton at WGBH Boston. The series will be produced by Richard Cookson. Director Tim Fywell is returning for the opening two episodes. Adapted from the Grantchester Mysteries novels by James Runcie, the series was developed for television by Daisy Coulam and written by Daisy Coulam and John Jackson.

The top-rated primetime show on PBS, MASTERPIECE celebrated its 45th anniversary in 2016. MASTERPIECE is presented on PBS by WGBH Boston. Funding for MASTERPIECE on PBS is provided by Viking and Farmers Insurance(R) with additional support from public television viewers and contributors to The MASTERPIECE Trust. MASTERPIECE is known for presenting iconic shows such as Upstairs Downstairs, Prime Suspect, The Forsyte Saga, Poldark, Sherlock, Downton Abbey, and Victoria.