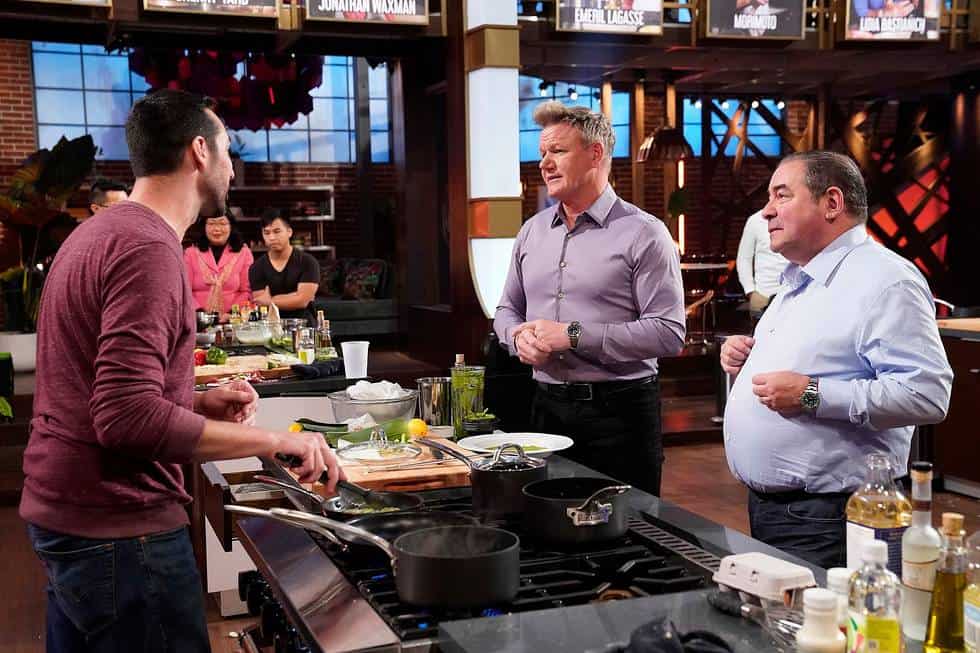 MASTERCHEF Season 11 Episode 1 Photos Auditions Round 1 – MASTERCHEF is back – this time with an incredible season of Legends! Every week, one of the world’s biggest culinary legends visit the MASTERCHEF kitchen to inspire this season’s contestants. With only 15 aprons up for grabs, home cooks from across the country serve up their signature dishes to judges Gordon Ramsay, Joe Bastianich and Aarón Sánchez and guest judge Emeril Lagasse to try to win a spot in the MASTERCHEF kitchen in the all-new “Legends: Emeril Lagasse – Auditions Round 1” season premiere episode of MASTERCHEF airing Wednesday, June 2 (8:00-9:00 PM ET/PT) on FOX. (MCH-1101) (TV-14 L)

MASTERCHEF, FOX’s highest-rated and most-watched cooking show, enters its 11th season with MASTERCHEF: LEGENDS, featuring award-winning chef Gordon Ramsay, acclaimed chef Aarón Sánchez and renowned restaurateur Joe Bastianich. This year, they invite the most respected culinary legends, including Emeril Lagasse, Paula Deen, Roy Choi, Nancy Silverton and Morimoto to raise the “steaks” of the competition for the most intense season in MASTERCHEF history. For the first time ever, 15 of the best home cooks in America will receive the coveted white apron and impress four legendary judges with all new challenges, including the toughest yet, a head-to-head battle with MASTERCHEF’s own culinary legend, Gordon Ramsay. Only one home cook will ultimately claim the MASTERCHEF title, the $250,000 grand prize, a complete VIKING kitchen and kitchen tools and bakeware products from OXO.