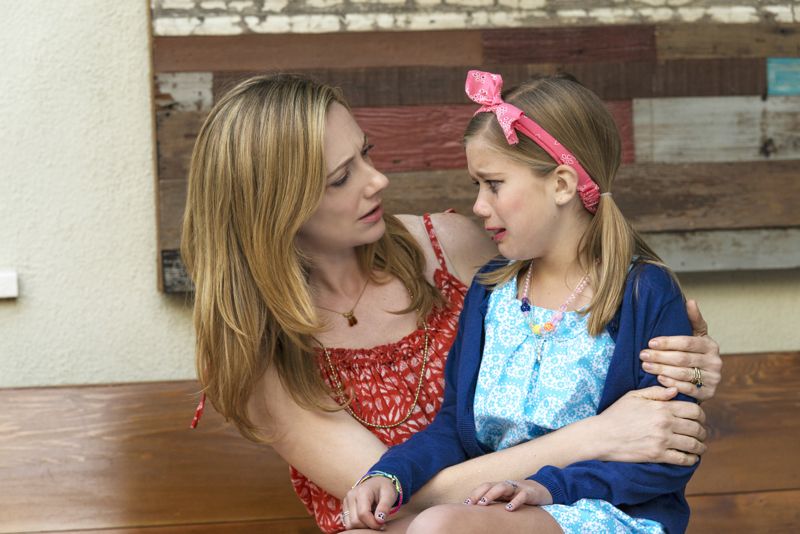 In FX’s comedy series MARRIED, the show deftly delves into the central issues of marriage and parenthood, while managing to add its own distinct dash of comedy.  In this week’s episode ‘Guardians,’ Russ (Nat Faxon) and Lina (Judy Greer) find themselves in a moral quandary:  who gets their kids if they were to both die?

It should have been a great date night without the kids, but when a near tragedy strikes, Russ and Lina then realize that they had never really thought about the question of: what about the kids?  It’s a question every parent can relate to and it is something one usually addresses when thinking about asking a friend or relative to be a god-parent.  But in the world of Russ and Lina, this was the first time they had considered it and it left them in a bit of parental pickle — especially after looking at all their options and realizing that it is a bit of a struggle to find someone who they deem appropriate and secure enough to be their replacements in the event of their untimely demise.

Alas, as if fate were somehow smiling cruelly upon them with wicked delight, another moral quandary gets thrown into the mix as Jess (Jenny Slate) and Shep (Paul Reiser) debate Jess’ growing discontent with her life and her deserve to pursue whatever makes her happy.  Then hitting a pivotal juncture in his budding relationship with Abby (Sarah Burns), AJ (Brett Gelman) decides to take a leap of faith that leads to an adorable Cookie Monster analogy and makes him examine both the big “C” in his life and just where his relationship with Abby is heading.

Life is never about just one decision, it is always about a series of decisions that people make along the journey — and sometimes those decisions take you to the most unexpected of places.

Fortunately, there is never a doubt that Russ and Lina will always do the right thing when it comes to their kids.  Their ultimate decision in who would be their ultimate parental successor also yields a very nice moment that reminds us why we are along for the ride through their MARRIED life with them.

To find out where this next pivotal step takes Russ, Lina and everyone they love and care about, be sure to tune in for an all new episode of MARRIED on Thursday, September 10th at 10:30 p.m. on FX.