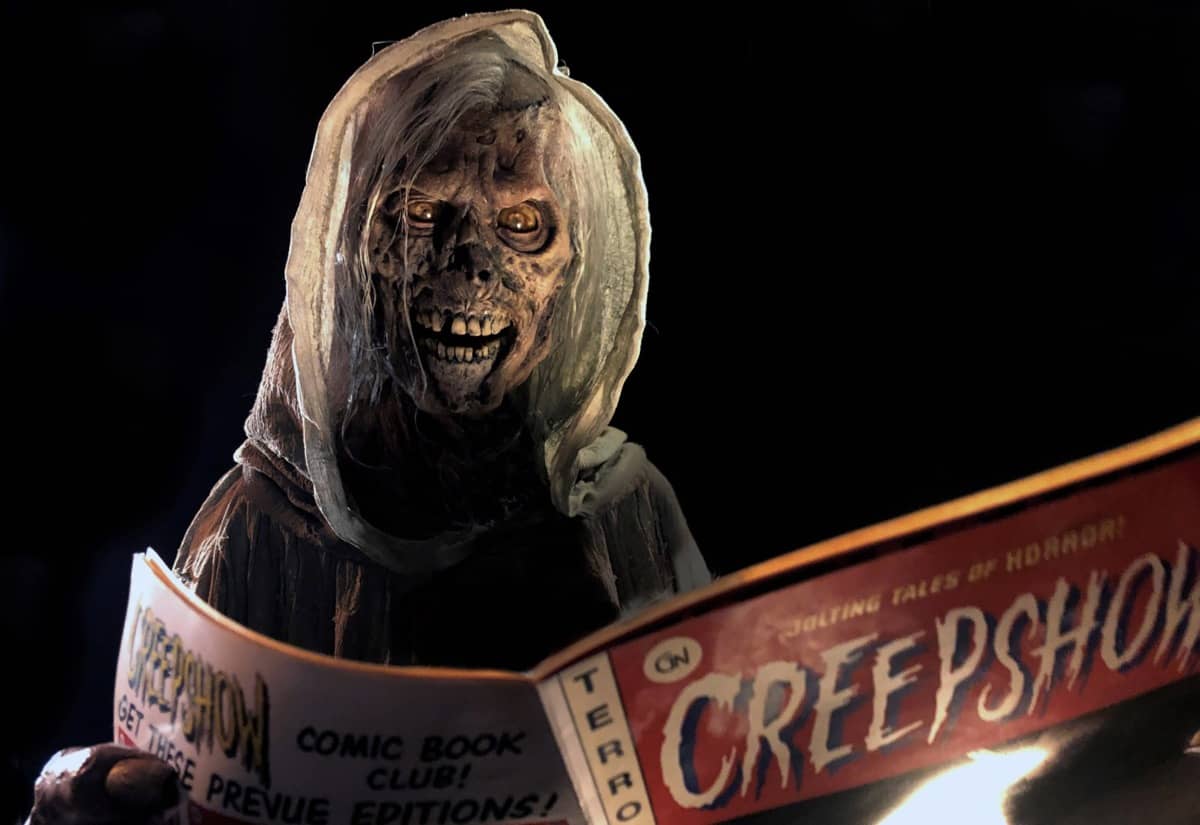 Shudder previously announced details about four of season two’s segments, which will be directed by Greg Nicotero. Anna Camp (Pitch Perfect) and Adam Pally (The Mindy Project) will star in “Shapeshifters Anonymous” Parts 1 and 2, written by Greg Nicotero, based on a short story by J.A. Konrath (Last Call) about an unlucky soul who finds himself in need of a werewolf support group; Keith David (The Thing), Ashley Laurence (Hellraiser) and Josh McDermitt (The Walking Dead) will star in “Pesticide,” written by Frank Dietz (I Hate Kids), in which an exterminator makes an infernal bargain; and “Model Kid,” written by returning Creepshow writer John Esposito (season one’s “Night of the Paw”), is about a 12-year-old monster fan who turns to hand-built model kits to escape his unhappy reality. Additional titles and directors will be announced soon.

In its first season, Creepshow smashed records for Shudder in number of viewers, new subscriber sign-ups and total minutes streamed to become the most watched program in Shudder history, followed by a successful run on AMC. The show was a hit with critics as well as fans as one of 2019’s best-reviewed new genre series, with a 97% Fresh rating on review aggregator Rotten Tomatoes®.