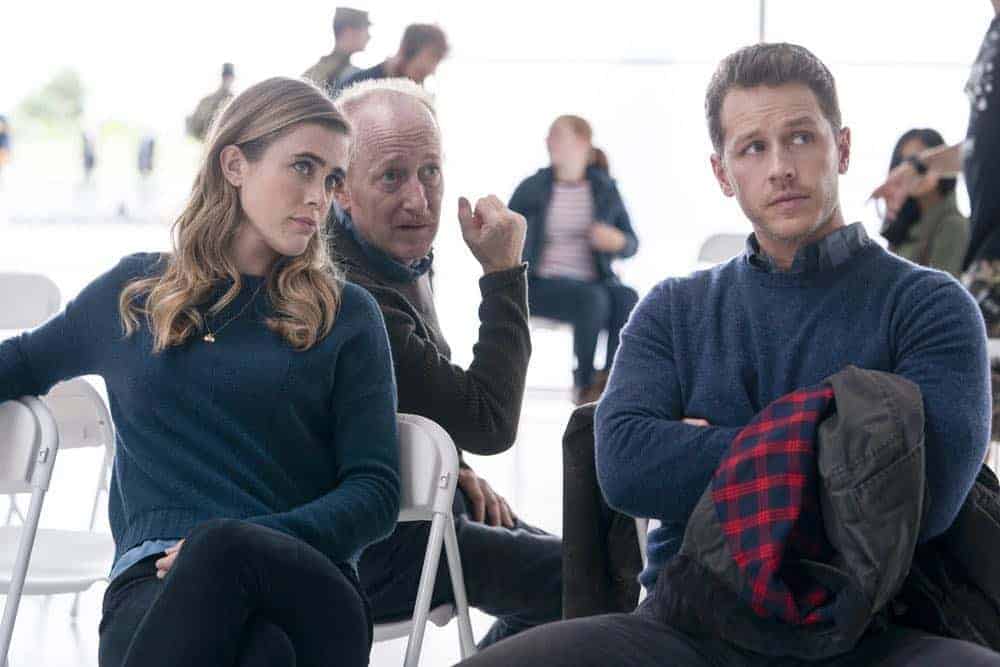 The passengers from Flight 828 find themselves under government scrutiny as they struggle to resume their lives. Michaela (Melissa Roxburgh) is forced to confront the fact that Jared (J.R. Ramirez) is married to her once-best friend, while Ben (Josh Dallas) tries to help a fellow passenger reconnect with his son. Cal (Jack Messina) is approached by an obsessive stranger, as Grace (Athena Karkanis) and Olive (Luna Blaise) disagree on whether or not to reveal a devastating secret. Also starring Parveen Kaur (Saanvi Bahl). MANIFEST Season 1 Episode 2 Photos Reentry.

When Montego Air Flight 828 landed safely after a turbulent but routine flight, the crew and passengers were relieved. Yet in the span of those few hours, the world had aged five years and their friends, families and colleagues, after mourning their loss, had given up hope and moved on. Now, faced with the impossible, they’re all given a second chance. But as their new realities become clear, a deeper mystery unfolds and some of the returned passengers soon realize they may be meant for something greater than they ever thought possible. From Robert Zemeckis, Jack Rapke, Jeff Rake and Jackie Levine comes an emotionally rich, unexpected journey into a world grounded in hope, heart and destiny.