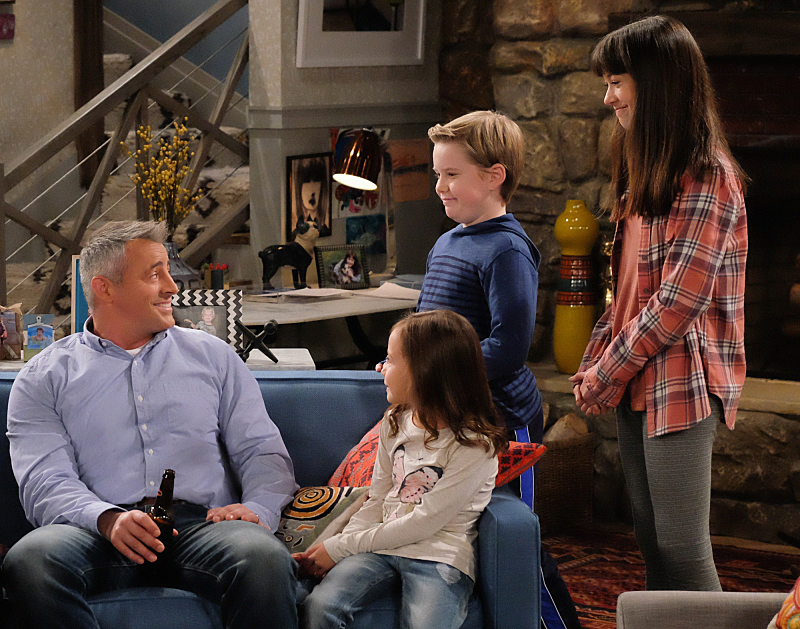 MAN WITH A PLAN stars Golden Globe Award winner Matt LeBlanc in a comedy about a contractor who starts spending more time with his kids when his wife goes back to work and discovers the truth every parent eventually realizes: their little angels are maniacs. Adam (LeBlanc) feels fully equipped to take on more parenting responsibilities while his self-assured wife, Andi, returns to the work force after being a stay at home mom for 13 years. However, Adam’s blindsided by how tough it is to wrangle three messy kids who can’t live without Wi-Fi. Their pre-teen daughter, Kate (Grace Kaufman), is a master manipulator and initially thrilled that “daddy fun times” is taking over, middle child Teddy (Matthew McCann) can’t seem to keep his hands out of his pants despite constant reminders, and their precious youngest, Emme (Hala Finley), is nervous about starting kindergarten. But with Andi’s encouragement and advice from a couple of equally stressed parents, Marie (Jessica Chaffin) and Lowell (Matt Cook), Adam takes charge of his brood, lays down the law and discovers he’s going to “nail” this job. Jeff & Jackie Filgo, Matt LeBlanc, Michael Rotenberg and Troy Zien are executive producers for CBS Television Studios. Multiple Emmy Award winner James Burrows directed the pilot.