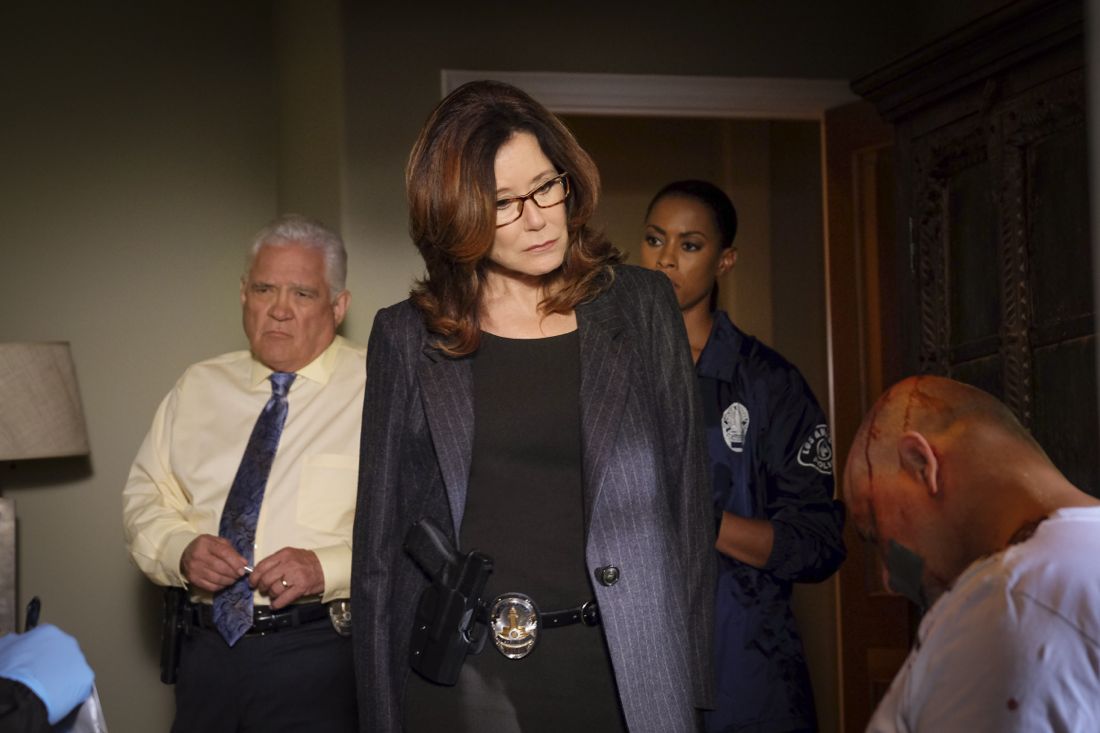 “Moral Hazard” – Monday, August 1, at 10 p.m. (ET/PT)
After a shootout in a tow yard leaves three people dead, Major Crimes must scramble to find a disturbed man with a bag full of guns and a long list of grievances before he kills again. Meanwhile, Rusty pushes against LAPD policy in an attempt to find more evidence related to the murder of Buzz’s father and uncle.