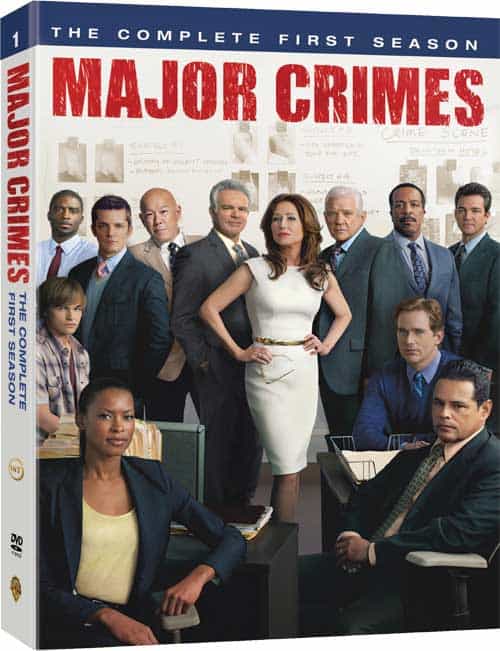 In addition to McDonnell and Bailey, Major Crimes features an ensemble cast comprised of several familiar faces from its popular  predecessor, The Closer, including Tony Denison (Prison Break) as Lieutenant Andy Flynn, Michael Paul Chan (Arrested Development) as Lieutenant Mike Tao, Raymond Cruz (Training Day) as Detective Julio Sanchez and Phillip P. Keene (Home) as Buzz Watson, along with Kearran Giovanni (One Life to Live) as Detective Amy Sykes, an ambitious undercover police detective and military veteran who served in Afghanistan, and Graham Patrick Martin (Two and a Half Men) as Rusty Beck, a homeless juvenile whose character was introduced in the final episode of The Closer.

All seven seasons of Major Crimes’ predecessor, The Closer, are also available on DVD from Warner Bros. Home Entertainment.