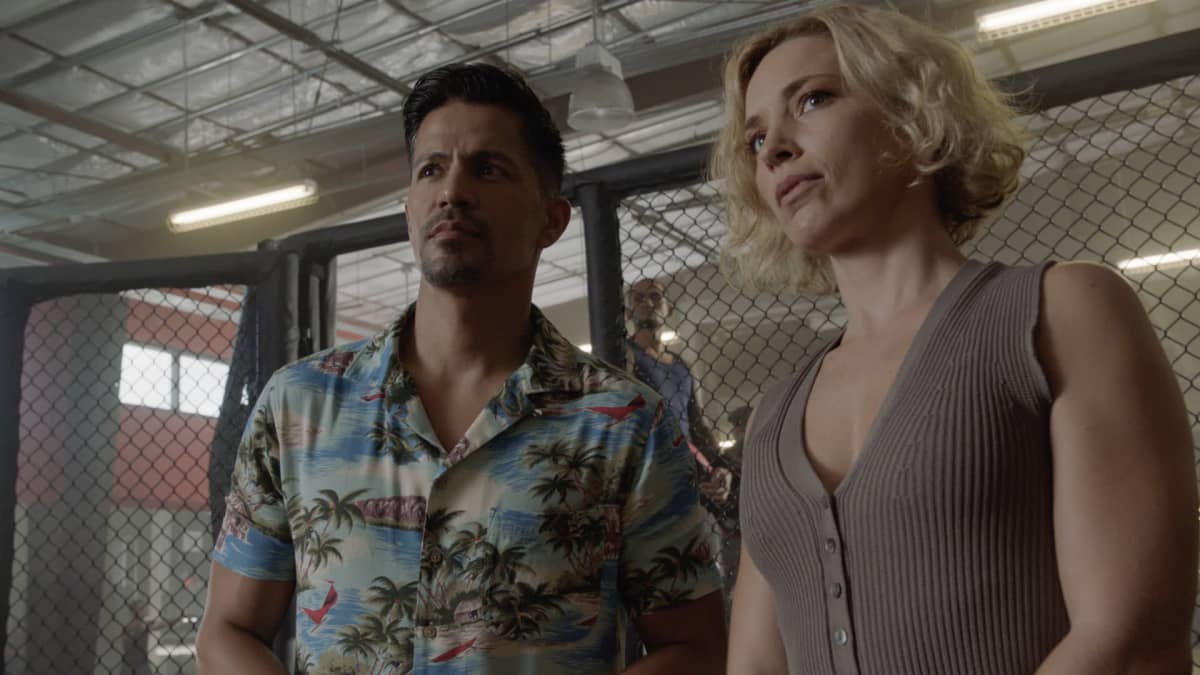 MAGNUM P.I. Season 3 Episode 4 Photos First the Beatdown, Then the Blowback – s03e04 3×04- “First the Beatdown, Then the Blowback” – Magnum and Higgins help an up-and-coming mixed martial arts fighter who is being pressured by a gang to throw an illegal fight. Also, Kumu is arrested for stealing an artifact from a collector that should be returned to its original resting place, on MAGNUM P.I., Friday, Jan. 8 (9:00-10:00 PM, ET/PT) on the CBS Television Network.