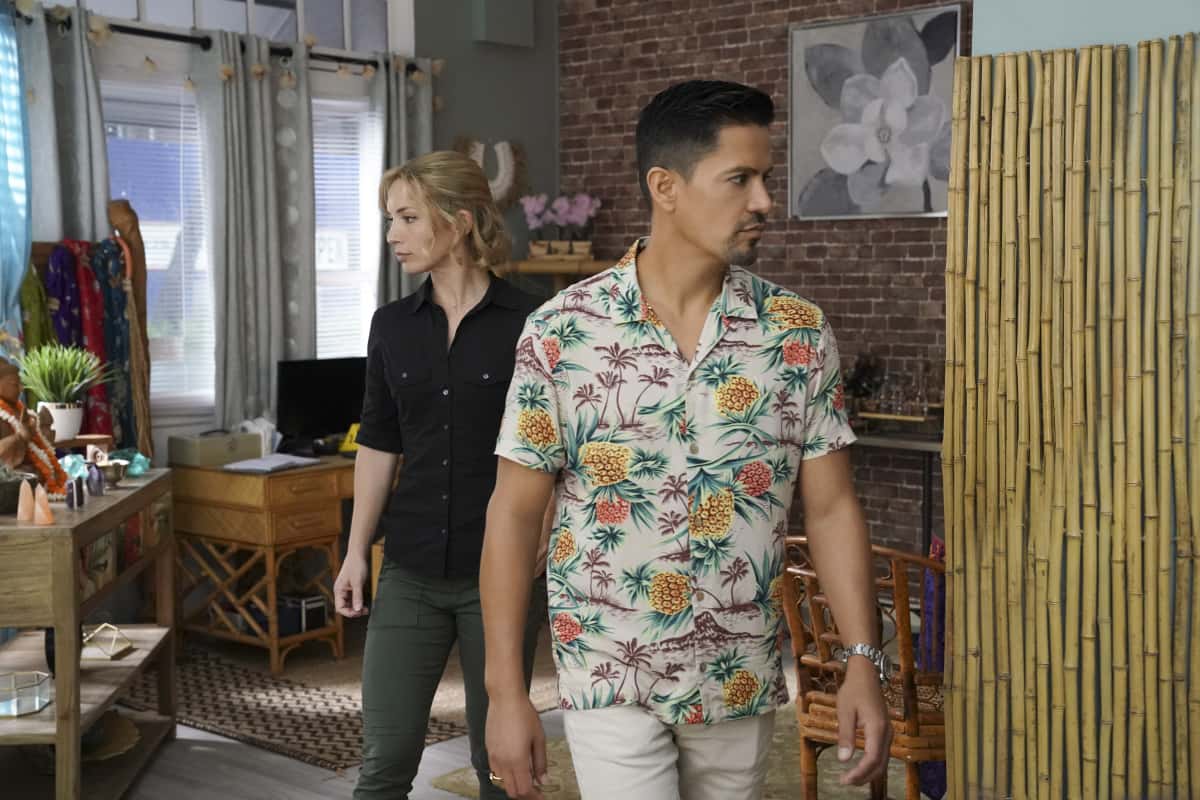 MAGNUM P.I. Season 3 Episode 14 Photos Whispers of Death – A psychic hires Magnum and Higgins to prevent a murder she claims to have foreseen. Also, Katsumoto questions Kumu when her information is found on recovered stolen jewels that once belonged to the infamous Imelda Marcos, and Higgins struggles with whether or not to tell Ethan the truth about her past, on MAGNUM P.I., Friday, April 16 (9:00-10:00 PM, ET/PT) on the CBS Television Network. s03e14 3×14 3.14 s3e14