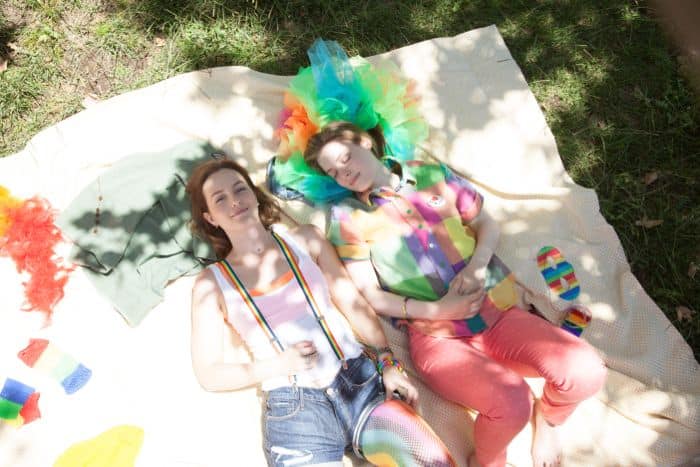 The Wagner/Cuban Company’s Magnolia Pictures has acquired the US rights for Susanna Fogel’s LIFE PARTNERS following its World Premiere at the Tribeca Film Festival.  The film, from Red Crown Productions and Haven Entertainment, stars Leighton Meester (Gossip Girl), Gillian Jacobs (Community), Adam Brody (Some Girl(s), The O.C.) and Gabourey Sidibe (Precious, American Horror Story: Coven).  LIFE PARTNERS was written by Susanna Fogel and Joni Lefkowitz, whose other collaborations include the series Chasing Life and the pilot Washingtonienne, and came out of the Sundance Screenwriters Lab.

Straight Paige (Jacobs) and lesbian Sasha (Meester) are codependent best friends in their late 20s who have spent the last ten years acting more like wives than friends: they talk to each other on the toilet; they drive each other to the doctor. And as with any good marriage, they’re a perfect yin and yang. Until the night Paige meets TIM (Brody). Despite some superficial drawbacks (questionable facial hair, a penchant for quoting the movies everyone quotes), he’s the kind of guy you marry. As Paige and Tim’s relationship grows, the bond between Paige and Sasha inevitably shifts. Suddenly without a “partner,” Sasha is left to examine her own shortcomings and panic about her impending 30th birthday. Passive-aggressive conflict brews in their friendship until the girls must finally confront the question they’ve been avoiding: can their friendship survive growing up?

“It has been such a privilege to work with Red Crown in making Life Partners, a film that we are all so proud of,” said producer Jordana Mollick.  “We are thrilled that Magnolia shares our passion and are excited to join such a dynamic team on the release of the movie.”

“Susanna is a great comedic talent, and we are so happy to be bringing her film to audiences,” said Magnolia President Eamonn Bowles.