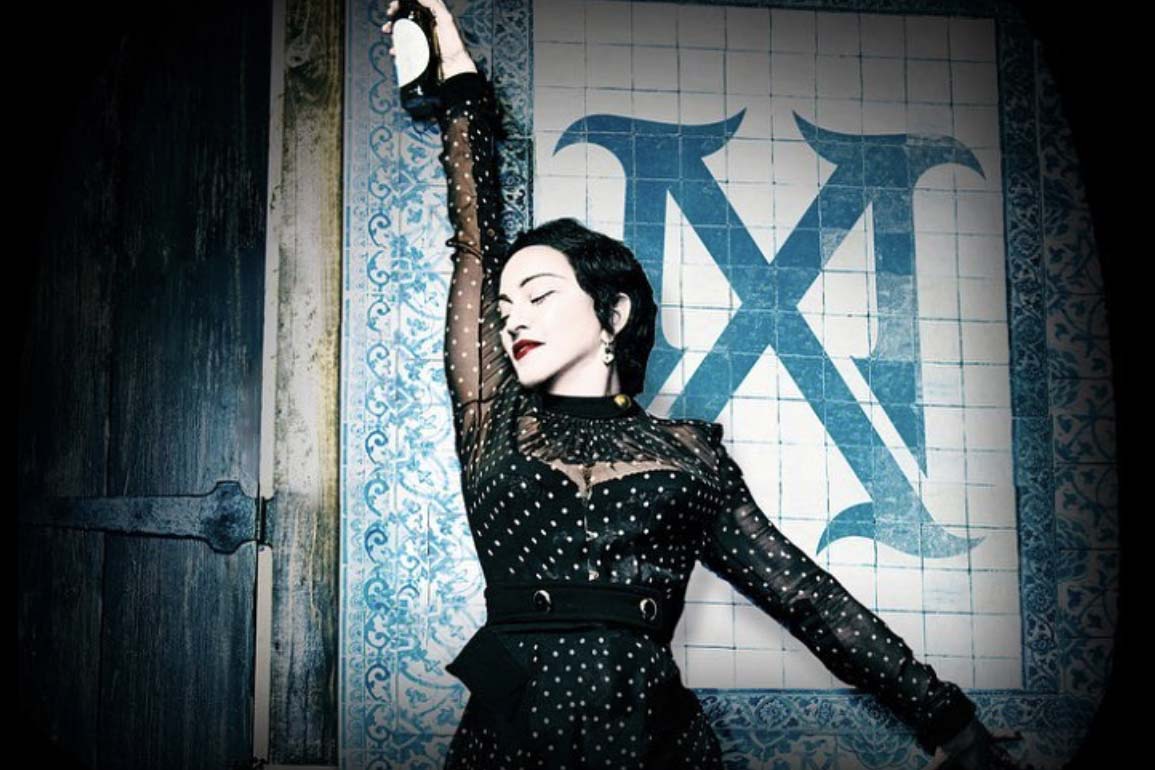 Following her incredibly stunning performance at the Billboard Music Awards and the announcement of her highly anticipated new album Madame X available globally on June 14, Madonna, Live Nation and Maverick have announced a series of rare and intimate performances to take place exclusively in theaters, giving fans an opportunity to see Madonna in an environment like they never have before.

The Madame X Tour will kick off September 12th at the BAM Howard Gilman Opera House in New York and will feature multiple nights of shows in each city including performances at the Chicago Theatre, The Wiltern in Los Angeles, the Colosseum at Caesars Palace in Las Vegas, the Boch Center Wang Theatre in Boston, The Met Philadelphia and at the Fillmore Miami Beach at the Jackie Gleason Theatre in 2019. The Madame X Tour will then resume in early 2020 with performances at the Coliseum in Lisbon, the Palladium in London and at the Grand Rex in Paris.

Madonna is the best-selling female solo touring artist of all time and has the highest-grossing concert tour ever by a female artist with her Sticky & Sweet Tour (2008-2009) at $408 million.

Influenced creatively by living in Lisbon, Portugal over the past several years, Madame X is a collection of 15 new songs that celebrate Madonna’s career-long affair with Latin music and culture as well as other global influences.

Madonna is releasing 5 songs before her highly-anticipated new studio album Madame X debuts globally on June 14th. Following the release of  the empowering ballad “I Rise” and the critically-acclaimed “Medellín,” additional songs to be shared with fans include the infectious pop gem “Crave” featuring Swae Lee and produced by Mike Dean on May 10, the Jamaican dancehall vibes of “Future” featuring Quavo on May 17, as well as the sonically innovative “Dark Ballet” on June 7.

Madonna’s long-time promoter Arthur Fogel, President – Global Touring and Chairman – Global Music, Live Nation said: “The chance for fans to see Madonna at these venues is incredibly special. We are proud and excited to be able to deliver this ultimate opportunity for her fans.”

To ensure fans have best access, ticket requests for all shows will be accepted now through Friday, May 10th (11:59pm EDT) at madonna.livenation.com. Fans will be able to select city and show preference plus their preferred price points prior to completing their request. By Friday, May 17th, fans whose requests have been confirmed will be notified of fulfillment and informed of their ticket allocation(s) and corresponding show information. All fans will be notified even if we were unable to accommodate their request. Tickets will be fulfilled at Ticketmaster Secure Mobile Tickets. Every ticket purchased includes a CD of Madonna’s new release Madame X in stores June 14th. Event ticket limit is 4 per person. To submit ticket requests and for complete city & date, VIP and Travel Package information visit: Madonna.livenation.com.

Tickets for these very special Madame X performances will be scaled between $60.00 – $760.00 (plus applicable service fees). Additionally, fans will have the opportunity to enter to purchase tickets at $10.00 at Madonna.com. There will be 10 tickets available per show and fans will be notified on show date if they have been selected for this unique opportunity.

Icon is Madonna’s official fan club and Verified Lifetime Legacy members of Icon will receive first access to tickets and VIP Packages to these very special dates. Legacy Fan Club members will sign in at www.madonna.livenation.com and register for the show(s) of their choice. Verified Icon members will receive notification of their seat selection on Friday, May 17th. Icon Fan Club members will be eligible to receive tickets for a single event in up to two cities.

Every ticket purchased includes a physical copy of Madonna’s new release Madame X available on Interscope Records and in stores on June 14th.  The tour is presented by Live Nation Global Touring.