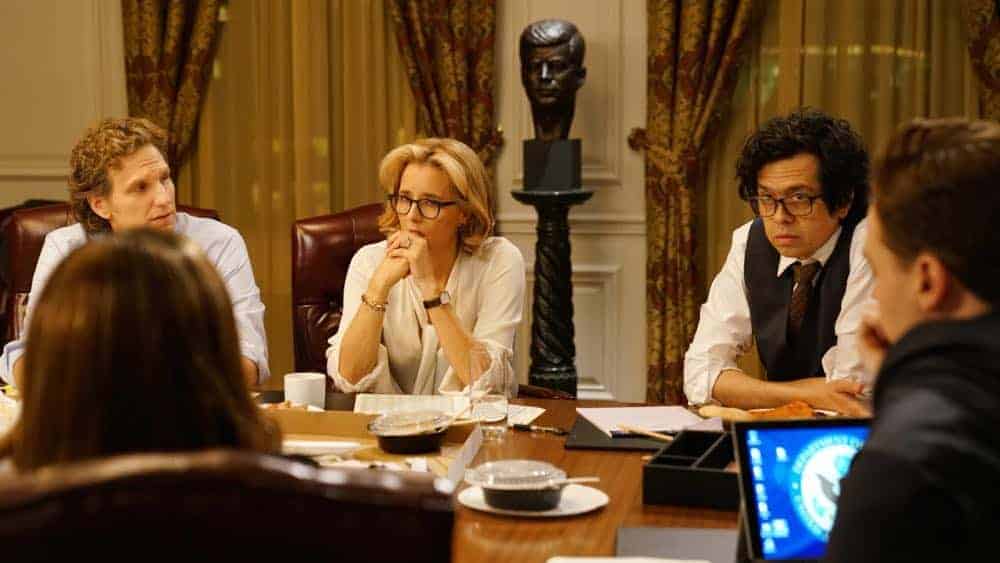 MADAM SECRETARY Season 5 Episode 2 Photos The Chaos Game – “The Chaos Game” – When Elizabeth discovers that the White House attackers had support from overseas, she tries to hunt down those responsible without starting a war. Also, Henry comes face to face with one of the attackers, on MADAM SECRETARY, Sunday, Oct. 14 (10:30-11:30 PM, ET/10:00-11:00 PM, PT) on the CBS Television Network.

MADAM SECRETARY stars Téa Leoni as Elizabeth McCord, the shrewd, determined secretary of state who drives international diplomacy and circumvents protocol as she negotiates global and domestic issues, both at the White House and at home. A college professor and a brilliant former CIA analyst who left for ethical reasons, Elizabeth returned to public life at the request of President Conrad Dalton, who values McCord’s apolitical leanings, deep knowledge of the Middle East, flair for languages and ability to not just think outside the box, but not even acknowledge there is a box. McCord’s team includes her chief of staff, Jay Whitman; policy advisor, Kat Sandoval; speechwriter, Matt Mahoney; press coordinator, Daisy Grant; and charming assistant, Blake Moran. As McCord debates third-world problems, confronts issues related to her decision to run for president, finesses foreign dignitaries at work and does battle with the president’s combative chief of staff, Russell Jackson, that’s just a warm-up for when she goes home to her supportive husband, theology-professor-turned-intelligence-operative Henry, and their three children, where “politics” and “compromise” take on new meaning.