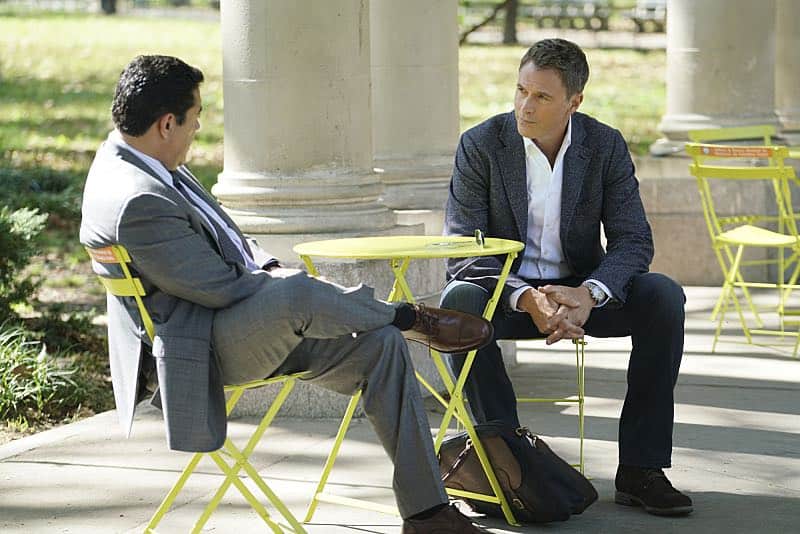 “South China Sea” – After U.S. environmental activists protesting China’s damage of a South China Sea reef are arrested for spying, Elizabeth finds herself in a stalemate with the Chinese foreign minister as she lobbies for their release. Also, Henry pushes the FBI to investigate one of Elizabeth’s former students who he suspects is his family’s cyber-stalker, and President Dalton’s trade visit to Vietnam brings back memories of serving there during the war, on MADAM SECRETARY, Sunday, Oct. 23 (9:30-10:30 PM, ET/9:00-10:00 PM, PT) on the CBS Television Network.