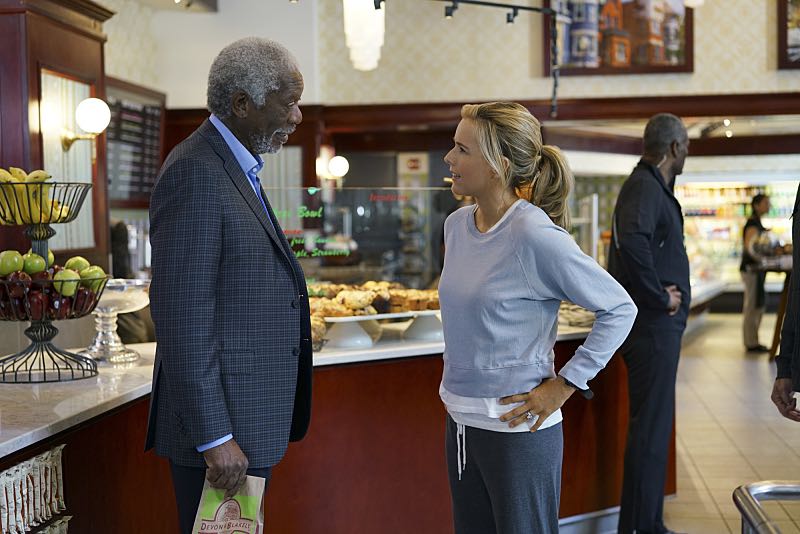 “Sea Change” – When a storm destroys a naval base in Bahrain, Elizabeth urges President Dalton to reexamine his approach to climate change and his overall foreign policy, something that could jeopardize his re-election campaign. Also, Jose Campos (Carlos Gómez) tries to bring Henry back into the DIA fold, and the McCords worry that their family is being stalked when they discover Jason’s laptop may have been hacked, on the third season premiere of MADAM SECRETARY, Sunday, Oct. 2 (9:00-10:00 PM, ET/PT), on the CBS Television Network. Academy Award winner and MADAM SECRETARY Executive Producer Morgan Freeman directs the episode and guest stars as Chief Justice Wilbourne. CBS News’ Jane Pauley returns to guest star as herself.