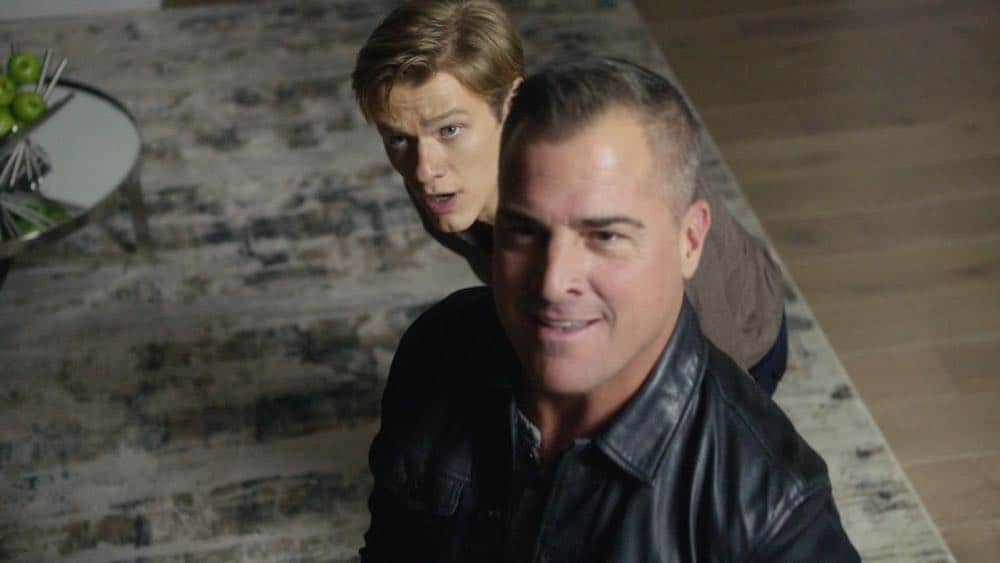 “Skyscraper – Power” – Mac and Jack attempt to rescue a billionaire’s son after he is kidnapped by a former Navy SEAL who uses an EMP weapon to cut off power and communication lines to the Shanghai skyscraper where the boy lives, on MACGYVER, Friday, April 13 (8:00-9:00 PM, ET/PT) on the CBS Television Network. Ed Asner and Piper Laurie guest star as a couple on a private jet commandeered by Mac and Jack to fly to Shanghai. MACGYVER Season 2 Episode 20 Photos Skyscraper – Power.