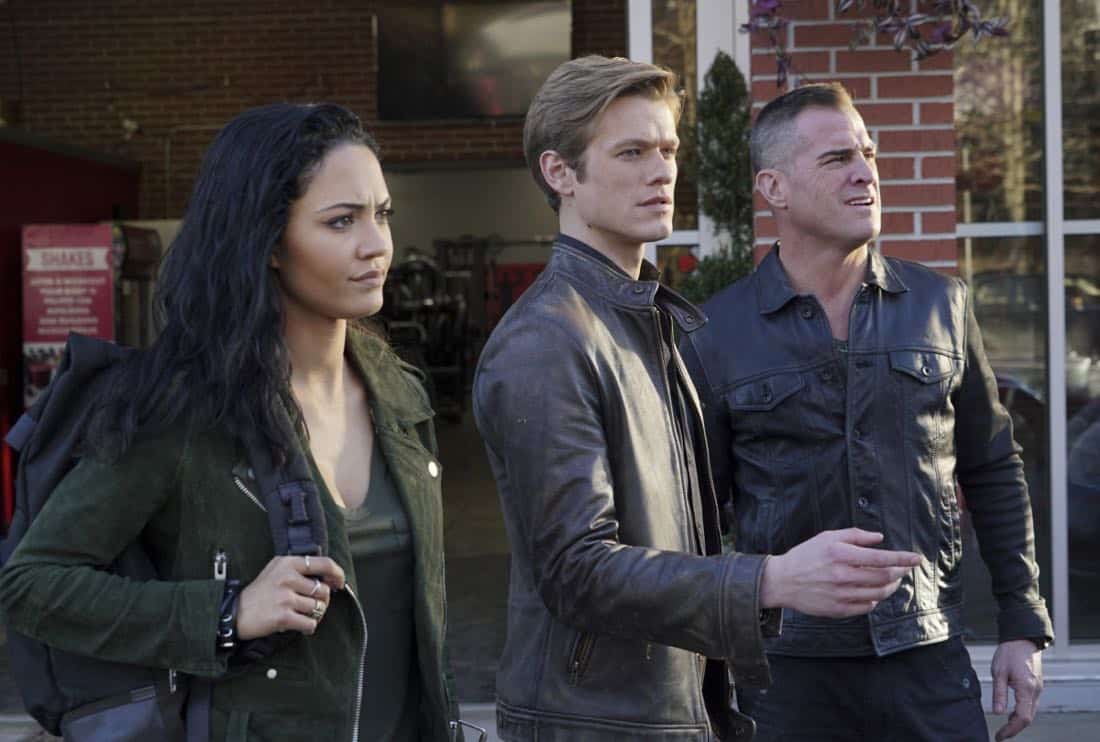 “Riley + Airplane” – When Matty and the team search for a former government tech who stole classified intel and has been evading capture, they reunite with the Coltons, the family of bounty hunters, who are pursuing the same man for different reasons, on MACGYVER, Friday, March 30 (8:00-9:00 PM, ET/PT) on the CBS Television Network. MACGYVER Season 2 Episode 18 Photos Riley + Airplane.