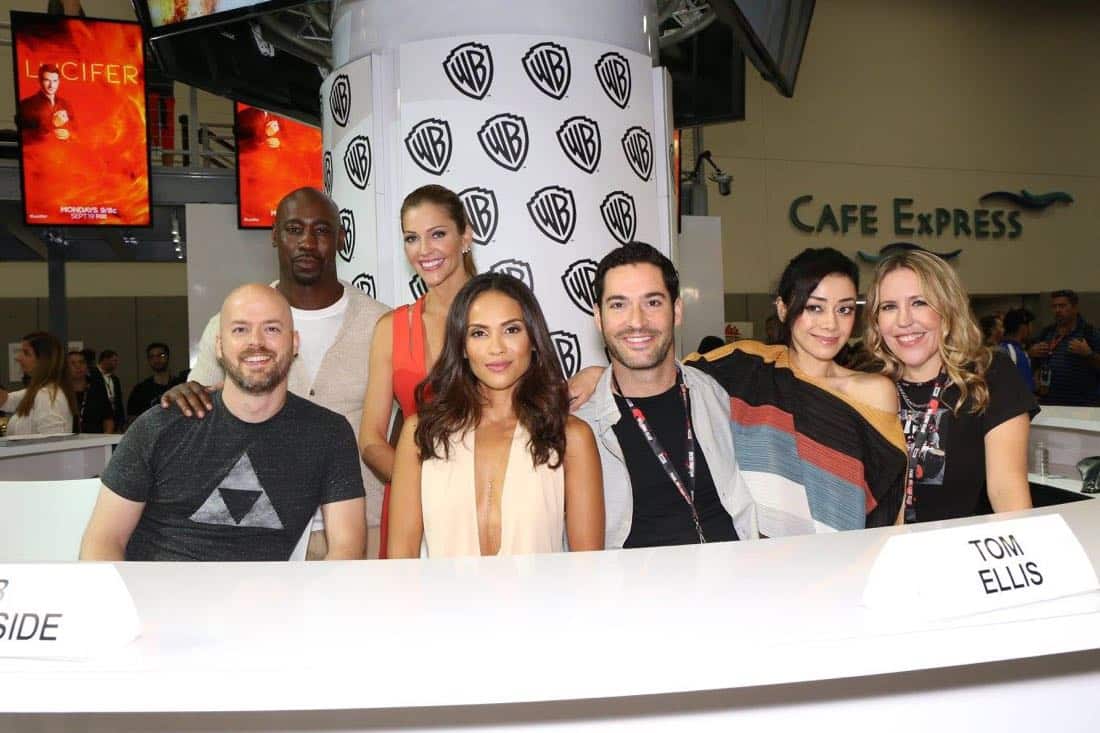 All Hell will break loose when Lucifer returns to heat things up in San Diego. Indulge your deepest desires and be among the first to get the scoop on what’s sure to be a devilishly fun second season! Join us for a sizzling sneak peek at season two, followed by a Q&A with series stars as well as executive producers Joe Henderson (White Collar) and Ildy Modrovich (CSI: Miami). From Jerry Bruckheimer Television in association with Warner Bros. Television and based upon characters created by Neal Gaiman, Sam Kieth and Mike Dringenberg for Vertigo from DC Entertainment, Lucifer returns September 19, airing Mondays 9/8c on FOX. Lucifer: The Complete First Season will be released on DVD on August 23. Become a fan on Facebook at www.facebook.com/LuciferonFOX, and follow the show on Twitter at @LuciferonFOX.