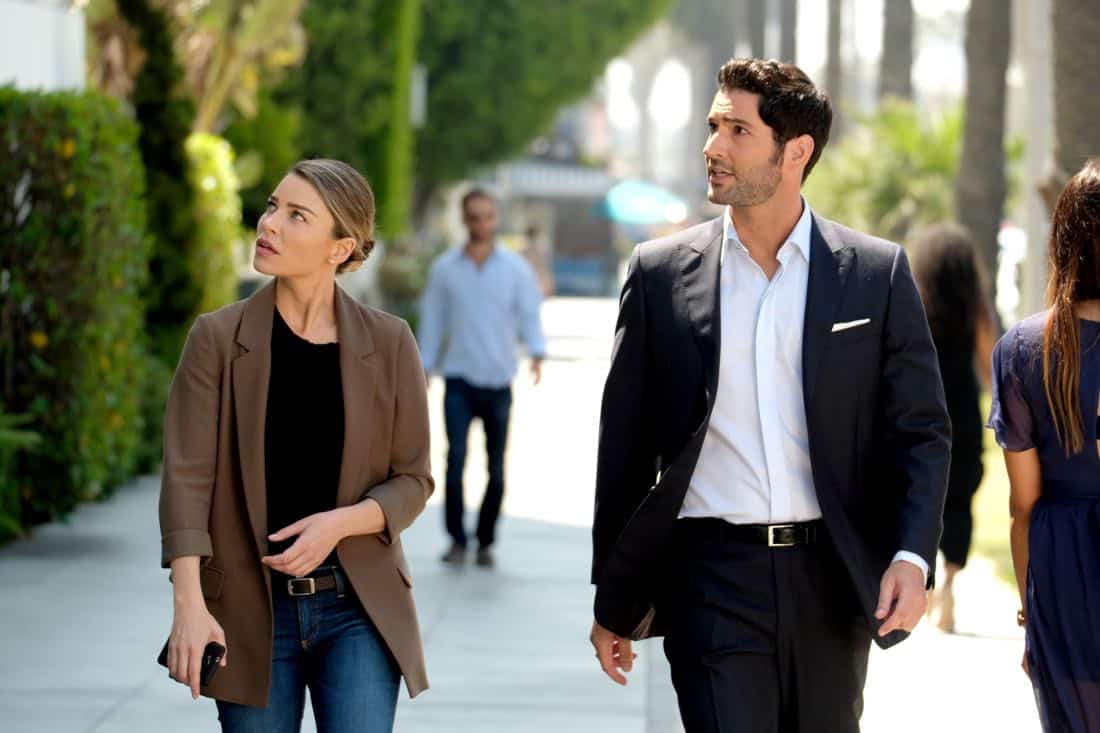 After a confused Lucifer wakes up in the middle of the desert with his wings back, he recruits the help of Chloe to help figure out what happened to him and why. Upon doing their own research, they come across a crime scene that could be tied to Lucifer’s kidnapping. When the Lancaster Police Department get involved, newcomer Lieutenant Marcus Pierce (Tom Welling) fails to make a great impression on everyone with his stern demeanor. The investigation goes awry when Lucifer finds himself in another compromising situation and something much darker is revealed in the all-new “They’re Back, Aren’t They?” Season Three premiere episode of LUCIFER airing Monday, Oct. 2 (8:00-9:00 PM ET/PT) on FOX. (L-301) (TV-14 D, L, V)