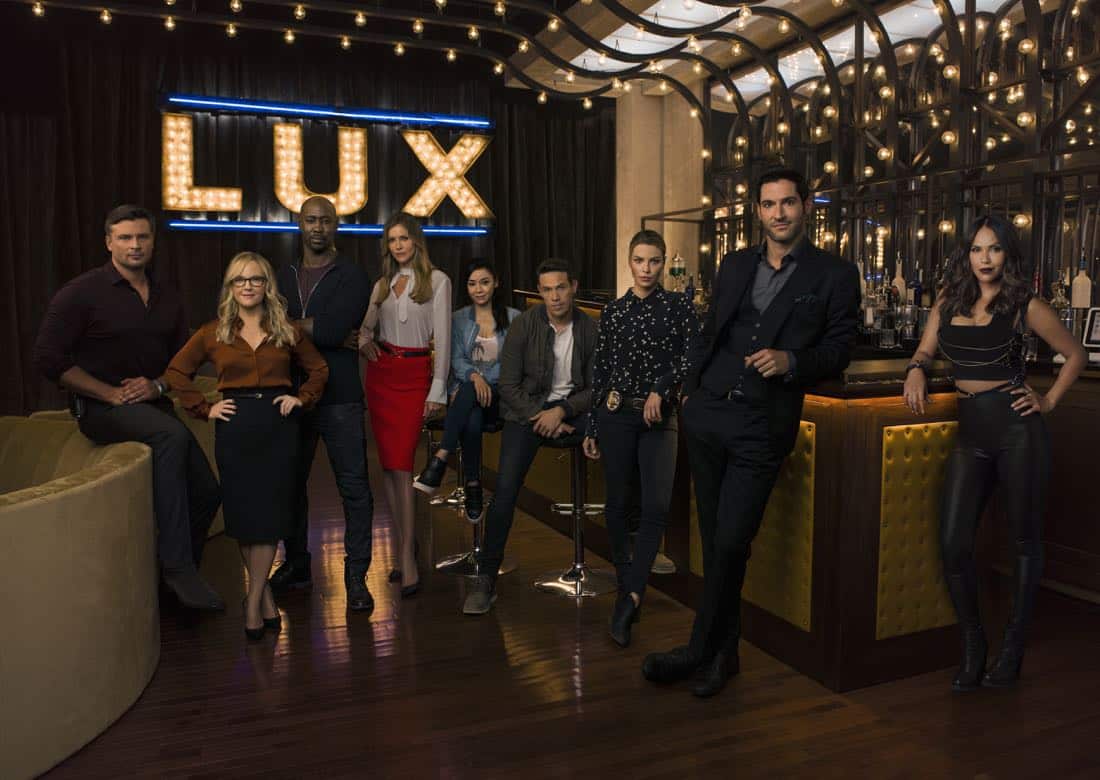 L.A. is hotter than ever…

Based upon the characters created by Neil Gaiman, Sam Kieth and Mike Dringenberg for Vertigo, from DC Entertainment, LUCIFER is the story of the original fallen angel. Bored and unhappy as the Lord of Hell, LUCIFER MORNINGSTAR (Tom Ellis) abandoned his throne and retired to Los Angeles, where he has teamed up with LAPD detective CHLOE DECKER (Lauren German) to take down criminals.

With mom on the loose, DR. LINDA MARTIN (Rachael Harris), who has become not only a therapist, but also a confidante to Lucifer, will surely have a lot of advice to dole out. And, by the time she’s done with them, she may need a therapist of her own.

LUCIFER is produced by Warner Bros. Television, in association with Jerry Bruckheimer Television and Aggressive Mediocrity. The series is based on characters created by Neil Gaiman, Sam Kieth and Mike Dringenberg for Vertigo, from DC Entertainment. Tom Kapinos (“Californication”) wrote and executive-produced the pilot. The series is executive-produced by Jerry Bruckheimer, Jonathan Littman, Ildy Modrovich and Joe Henderson. Len Wiseman serves as director and executive producer. Kapinos serves as executive consultant on the series. “Like” LUCIFER on Facebook at facebook.com/LuciferonFOX. Follow the series on Twitter @LuciferonFOX and join the conversation using #Lucifer. Check out photos and videos on Instagram @LuciferonFOX.