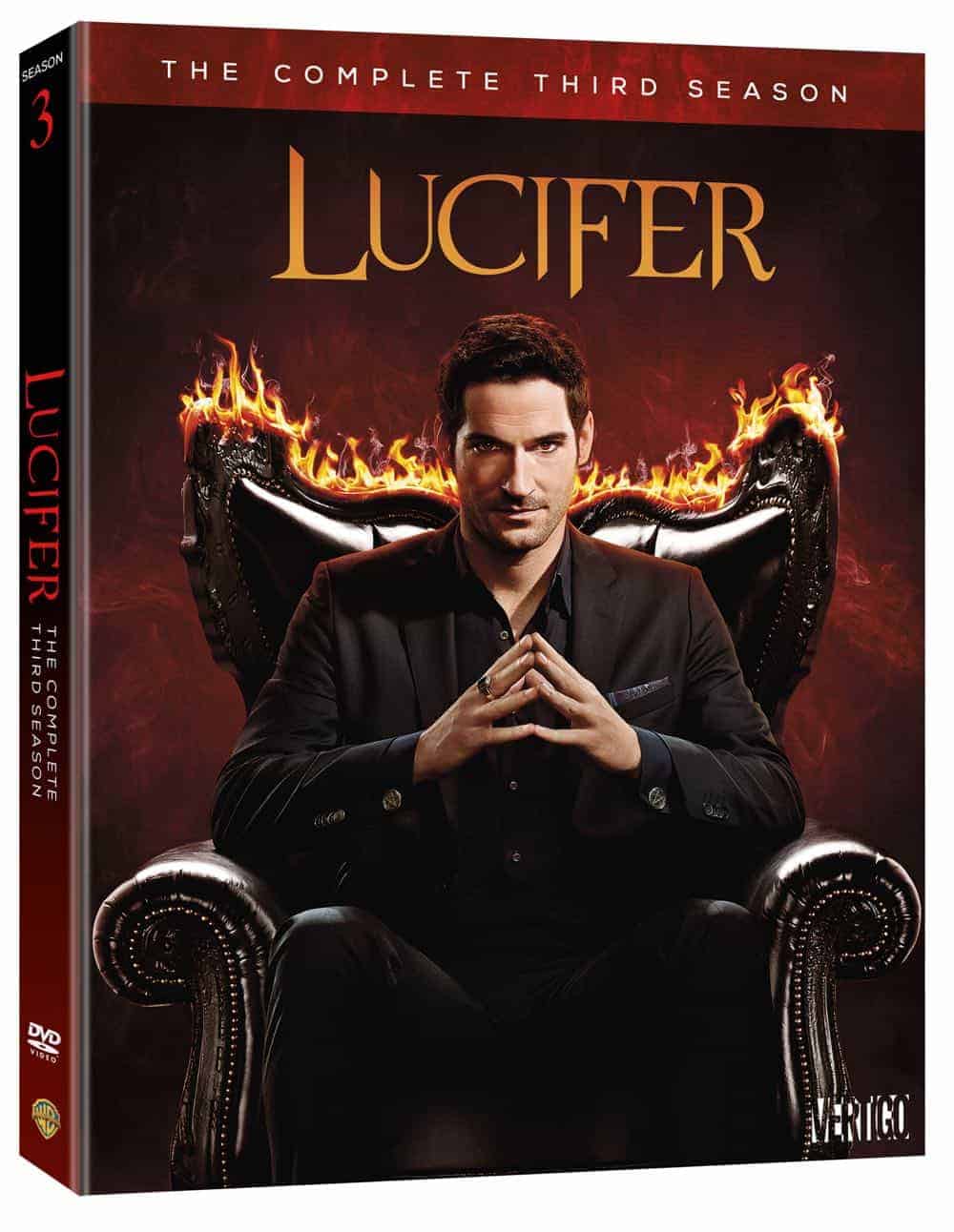 Entering its third season, the story of the original fallen angel continues.  As Season Two came to a close, Lucifer (Tom Ellis) took care of a little problem called Mom, aka Charlotte (Tricia Helfer). But now he’s facing an even greater challenge – finding out who kidnapped him, and why his angel wings are back.  In addition, Tom Welling (Smallville) joins the cast as Marcus Pierce, an accomplished police lieutenant who is everything Lucifer is not – strategic, reserved and well-respected. But perhaps even more annoying are all the things they have in common. Both men are charming, charismatic and handsome as hell. So, when Pierce starts developing a connection with Chloe (Lauren German), Lucifer’s devilish traits are inflamed.

“From powerhouse producers Jerry Bruckheimer Television, we are excited to heat up your home entertainment centers with the next installment of the critically acclaimed series,” said Rosemary Markson, WBHE Senior Vice President, Television Marketing. “Catch up on all 26 episodes from Season 3 with hours offrighteningly fun entertainment and frivolous adventures.”

The third season of Lucifer is also currently available to own on Digital. Digital allows consumers to instantly stream and download all episodes to watch anywhere and anytime on their favorite devices.  Digital is available from various retailers including Amazon Video, iTunes, GooglePlay, Vudu, Xbox and others.