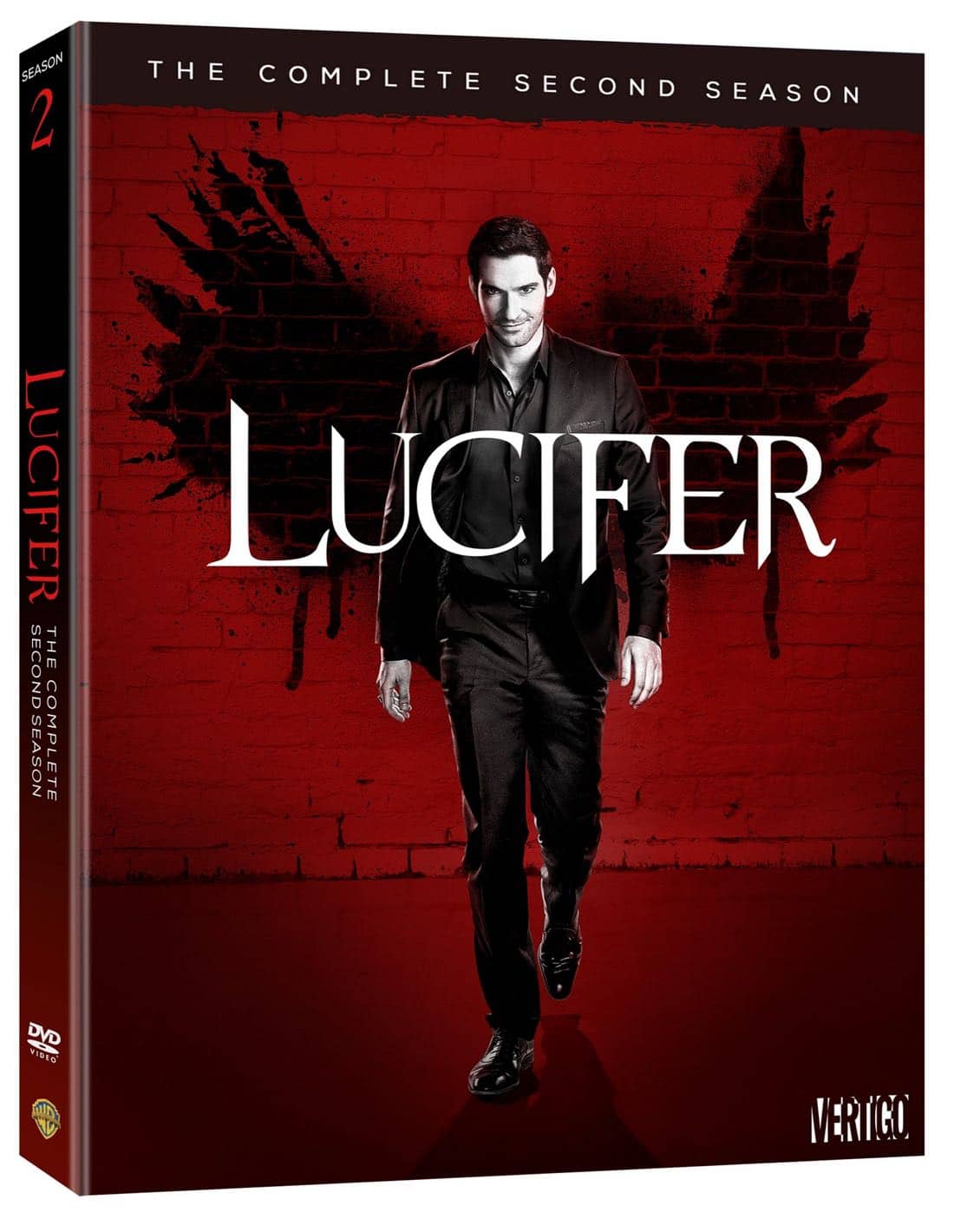 Put on your devilish grin as Warner Bros. Home Entertainment brings home the hit series Lucifer: The Complete Second Season on DVD on August 22, 2017. Lucifer delivers over 6.2 million Total Viewers weekly, and is the #3 scripted series on FOX with Households and Total Viewers*. “Lucifans” can binge on all 18 hell-raising episodes from the second season, and indulge in thrilling extras including the 2016 Comic-Con Panel, a new featurette, a hilarious gag reel, and never-before-seen deleted scenes. Lucifer: The Complete Second Season will be available at all major retailers, and is priced to own at $39.99 SRP.

Lucifer: The Complete Second Season will also be available on Blu-rayTM courtesy of Warner Archive Collection. The Blu-rayTM release includes all bonus features on the DVD, and is also arriving August 22, 2017. Warner Archive Blu-ray releases are easily found at Amazon.com and all major online retailers.

In Season Two, Lucifer Morningstar and LAPD Detective Chloe Decker are back solving murders on L.A.’s white-hot streets, with their relationship growing deeper, closer, and more awkward for them both. To add fuel to the fire, Lucifer’s mum, Charlotte, escapes Hell, bringing along a ton of emotional baggage: Now Lucifer and his angel brother, Amenadiel — with whom Lucifer has serious sibling issues — must work together to deal with mommy dearest. Meanwhile, Dr. Linda, therapist and confidante to Lucifer, Amenadiel and Maze, is having a devil of a time doling out some of the most bizarre advice ever. Tensions (including the sexual kind) are sizzling in all 18 frighteningly fun, frivolous adventures. Welcome to Devil time!

“From powerhouse producers Jerry Bruckheimer Television, we are excited to heat up your home entertainment centers with the next installment of the critically acclaimed series,” said Rosemary Markson, WBHE Senior Vice President, Television Marketing. “Just in time for the third season premiere on FOX, loyal Lucifer fans can indulge on all hell-bent moments from the second season and hellacious extras.”

DIGITAL HD
Lucifer: The Complete Second Season is also currently available to own on Digital HD. Digital HD allows consumers to instantly stream and download all episodes to watch anywhere and anytime on their favorite devices. Digital HD is available from various digital retailers including Amazon Video, CinemaNow, iTunes, PlayStation, Vudu, Xbox and others.