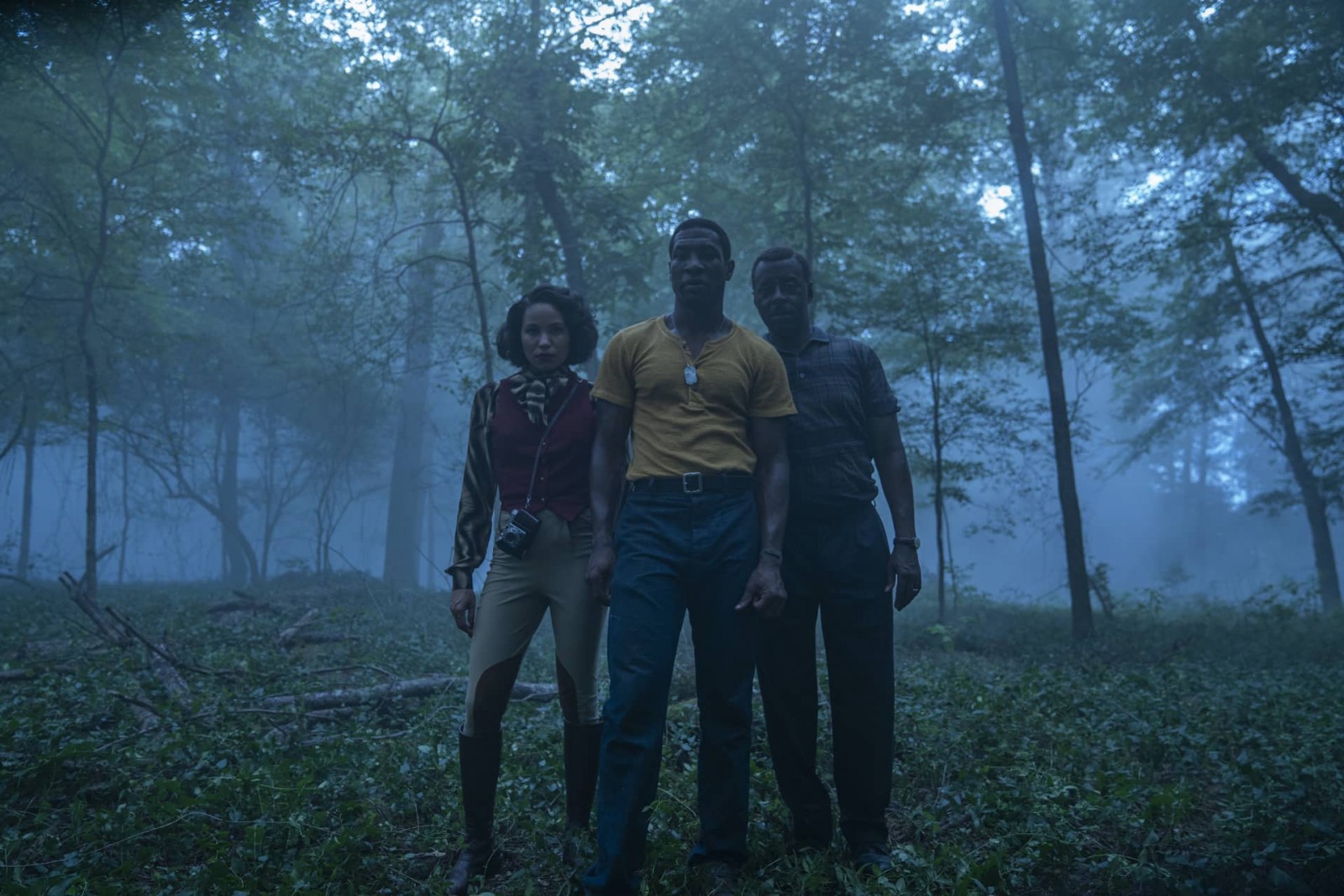 LOVECRAFT COUNTRY Season 1 Episode 2 Photos Whitey’s On The Moon – Season 1, Episode 2: “Whitey’s on the Moon” Debut Date: SUNDAY, AUGUST 23 (9:00-10:00 p.m. ET/PT) Inexplicably recovered from their terrifying night, Leti and George luxuriate in their new surroundings, while Atticus grows suspicious of their Ardham Lodge hosts – Christina Braithwhite (Abbey Lee) and her elusive father Samuel (Tony Goldwyn) – who unveil cryptic plans for Atticus’ role in their upcoming “Sons of Adam” ceremony. Later, after Tic, Leti, and George stumble upon a clue that could lead them to Montrose, each takes an unwelcome walk down memory lane. Teleplay by Misha Green; directed by Daniel Sackheim

This week’s episode of LOVECRAFT COUNTRY includes the below songs.

ON THE ROCKS Movie Trailer