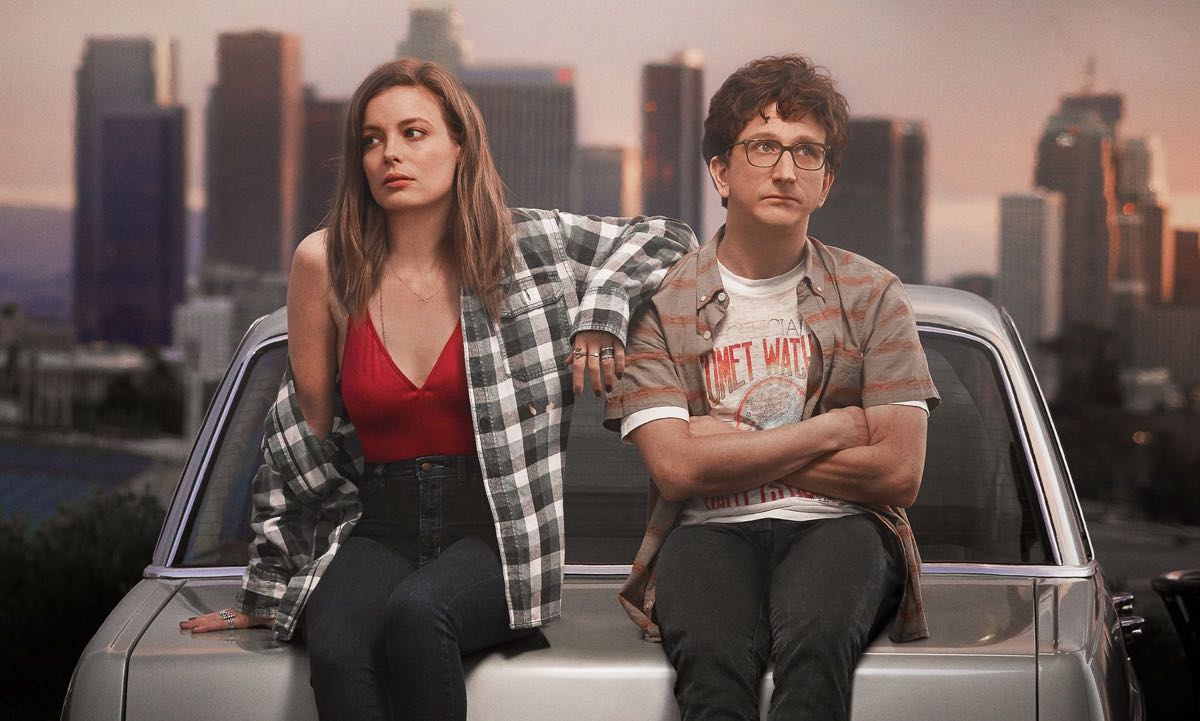 Valentine’s Day may be over, but LOVE is just getting started, with a ten-episode freshman season premiering on Netflix this month (and a second one already ordered). LOVE is in the modern genre of quirky relationship dramedy, with two main characters who are a little more neurotic and flawed than the average person, but still manage to feel somewhat authentic in their negativities. Given the heft of those involved in the production and the familiar faces that pop up, at least familiar to those into this niche product, one knows LOVE is going to be good before one even starts it.

Created by Judd Apatow (The 40 Year-Old Virgin), Lesley Arfin (Brooklyn Nine-Nine), and Paul Rust (Comedy Bang! Bang!), the show stars Rust and Gillian Jacobs (Community) as Gus and Mickey, respectively. Gus is a huge nerd who ‘fakes’ nice (meaning is nice even when he shouldn’t or doesn’t feel like being) with women because that’s how he thinks he’s supposed to be, which leads to his breakup at the start. Mickey does a few too many drugs and is a little too irresponsible, though she manages to hold a job and live in a house, so isn’t too screwed up, especially once she cuts loose her dead-end boyfriend. Can they find love with one another?

The premise is slightly off. If Mickey were as flighty as she comes across, there is no way she’d be as stable as she is. And if Gus were as timid as he appears to be, he wouldn’t be living as well as he is. But I suppose one should overlook the overabundance of income and free time the characters have because it’s a conceit most TV shows and movies use in order to get to the story they want to tell without those distractions.

Focus instead on the two characters themselves. While uncomfortably awkward, they are brilliantly played with complexity and layers. There is a humanity to both that makes the audience root for them, even when they aren’t worthy of our affection. They don’t always do exactly what we expect them to do, but they do act in ways authentic to the established personalities. They are always entertaining to watch, and often witty and charming. This is the makings of a show easy to get into.

Will Gus and Mickey get into each other? The pilot of LOVE finds them in completely different places, and they could not be more incompatible. It’s logical to see the attraction they have for one another when they eventually meet (which takes awhile, the show satisfyingly setting them up as individuals before putting them together). But just because someone is attracted to another person doesn’t mean that they should be together.

Their relationship most reminds me of the lead couple in FX’s You’re the Worst. Those characters make it work, though, because they have enough commonalities to go together. Gus and Mickey don’t have much of anything to start from. Sure, they might hang out and get along OK, but they have totally different frames of reference, and while their opposing views can help the other to grow, I don’t see them ever finding enough middle ground to build a stable union on.

That’s OK, though. In movies and television, love doesn’t have to be perfect, and we don’t need to see what the couple looks like after ten years of marriage. It’s enough to follow them on their current personal journeys and witness how they impact one another in them. Should the writers choose to put them together, that would probably feel good, too, though it certainly isn’t necessary. The title of the show may be LOVE, but that’s not the most important thing going on.