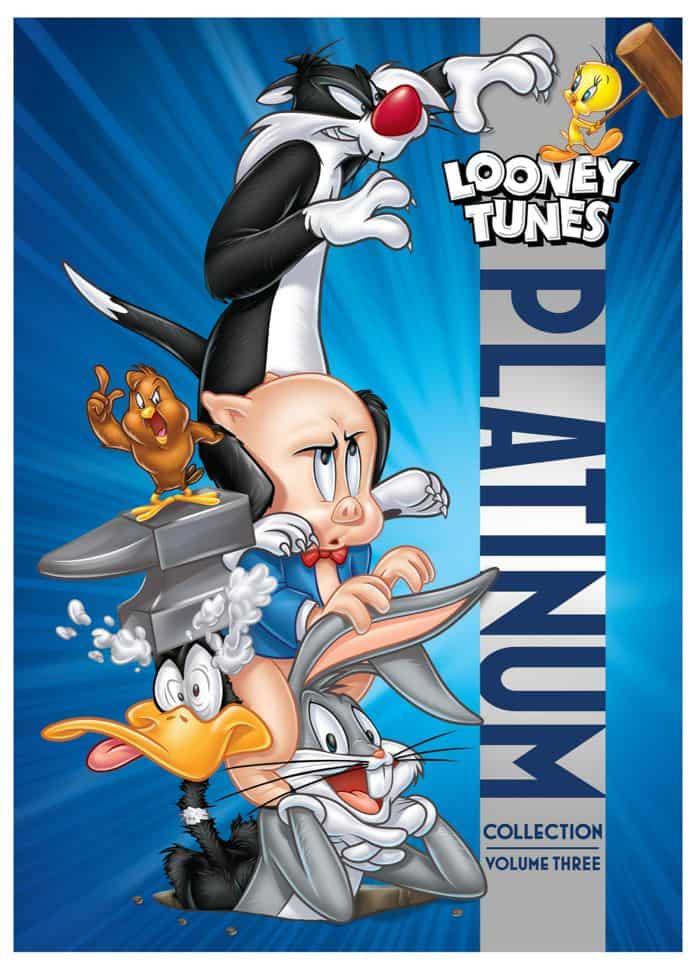 Seat42f and Warner Bros. Home Entertainment have teamed up to give THREE lucky winners a copy of LOONEY TUNES PLATINUM COLLECTION Volume 3 on Blu-ray. For a chance to win leave a comment below telling us why you want to add LOONEY TUNES PLATINUM COLLECTION Volume 3 to your Blu-ray collection. Only one entry per person. Contest ends August 28th. Winners will be notified on August 29th via email so make sure to use a valid email address when you post your comment.

Let the good times roll! Some of the greatest Looney Tunes cartoons are released together for the first time on Blu-ray™. This collection showcases some of the best and most enduring theatrical shorts from the 1930s, ‘40s, ‘50s and ‘60s, including works by some of the most renowned directors in animation history such as Chuck Jones, Friz Freleng, Bob Clampett, Robert McKimson and others. The featured lineup includes a delightful mix of everyone’s favorite characters including Bugs Bunny, Daffy Duck, Porky Pig, Tweety & Sylvester, Wile E. Coyote, Foghorn Leghorn and many more. This collection includes the all-new documentary, “That’s All Folks! Tales from Termite Terrace,” plus a 12-page booklet with rare images compiled by animation historian Jerry Beck.

Disc one of Looney Tunes Platinum Collection Volume 3 offers a collection of 25 classic shorts devoted to everyone’s favorite carrot-crunching, “wascally wabbit,” Bugs Bunny, as he faces off against the likes of Elmer Fudd, Yosemite Sam and Wile E. Coyote. This disc features an Academy Award®-winning short titled Knighty Knight Bugs, in which a medieval Bugs Bunny trades blows with Yosemite Sam and his fire-breathing dragon.  Also featured on this disc are two Academy Award®-nominated shorts, Hiawatha’s Rabbit Hunt and Pigs in a Polka. Disc one includes featurettes, select commentaries and alternative audio tracks.

“It’s a treat to see these beloved Looney Tunes shorts after they’ve been restored, re-mastered and released on Blu-ray. It’s the way optimal cartoons were meant to be seen,” said Mary Ellen Thomas, Vice President Family & Animation Marketing and Partner Brands. She added, “Our goal is to showcase a wide-ranging selection of shorts comprised of popular favorites along with some more rare animated content. This collection offers something for everyone!”