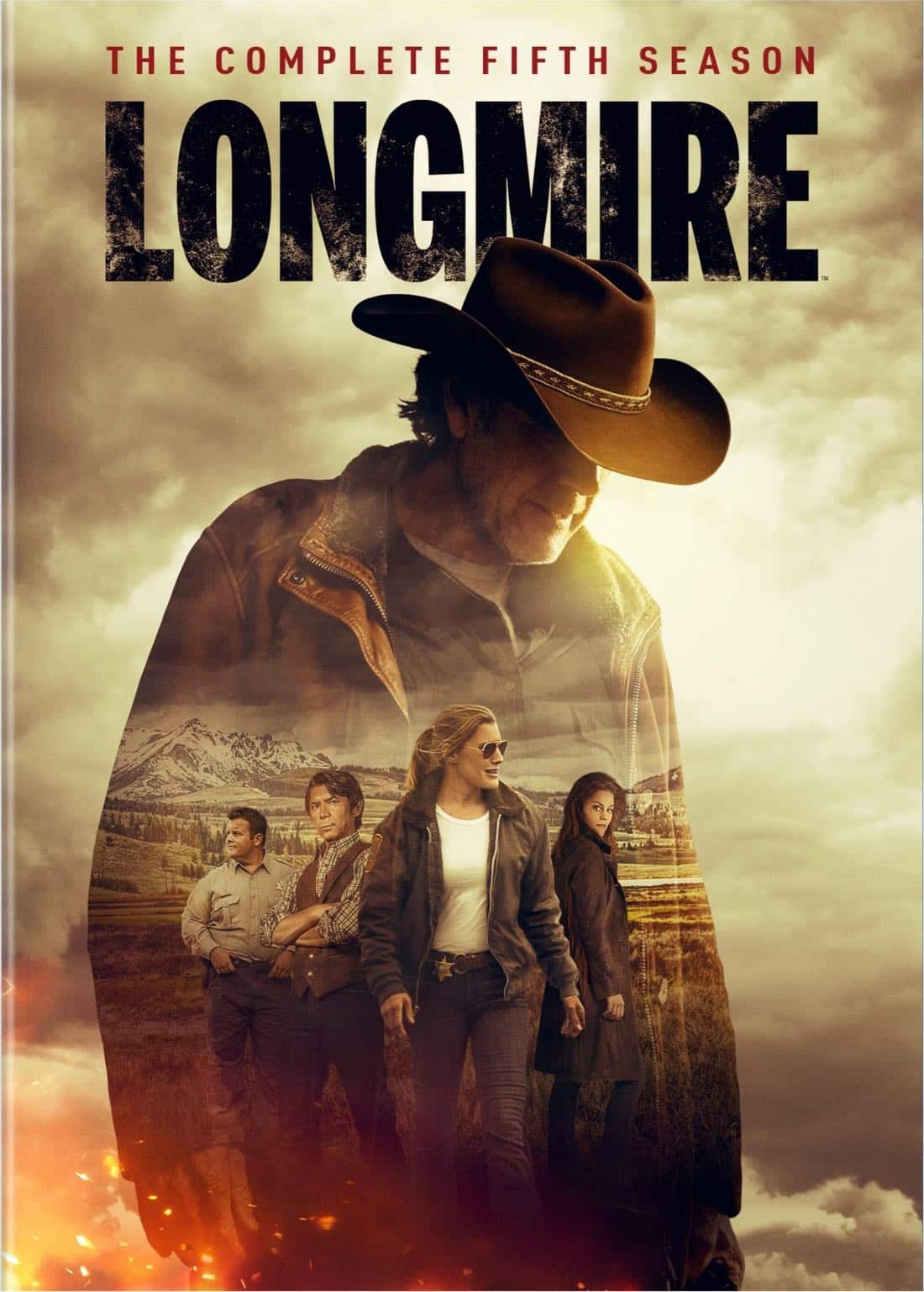 Caught in the crosshairs of a wrongful-death civil suit and facing a betrayal of two of his closest allies, Sheriff Walt Longmire is back for the fifth season of the contemporary crime thriller Longmire. Warner Bros. Home Entertainment will release all 10 episodes of the Western drama, Longmire: The Complete Fifth Season on September 26, 2017 on DVD for $24.98.

Longmire: The Complete Fifth Season will also be available to own on Digital HD via purchase from digital retailers on September 26, 2017.

Due to overwhelming fan demand, Longmire: The Complete Fifth Season also arrives September 26, 2017 on Blu-ray courtesy of Warner Archive Collection. The Blu-ray can be found via Amazon.com and all online retailers.

The fifth season finds the stubborn Sheriff Walt Longmire (Robert Taylor) where the fourth left off – with an unknown threat at Walt’s front door. Unsure who the intruder is, we find Walt shot and bleeding on the floor of his Wyoming cabin; his daughter Cady (Cassidy Freeman) weeping over his body and praying for his life. Although Walt recovers quickly from the casualty, he is left with questions surrounding the night of the shooting and sets out to discover who it is that was looking to take his life. With his best friend, Henry Standing Bear (Lou Diamond Phillips), and Cady now working for his archrival Jacob Nighthorse (recurring guest star A. Martinez), Longmire stands alone in his mission to clean the streets of Absaroka County. All the while, Walt continues to question the idea of a romantic relationship with Victoria “Vic” Moretti (Katee Sackoff) his right-hand deputy. Faced with a wrongful-death civil suit by Barlow Connally’s estate, a confusing love life and new cases weighing down on his team, Walt pushes himself to the edge – putting more pressure on himself than ever to solve Absaroka County’s most-challenging mysteries. His loved ones question whether he can handle the stress – both mentally and physically in the wake of his attack. The question remains… will Walt be able to handle the pressure? Or, could his work be his ultimate downfall?

“We are thrilled to bring Longmire: The Complete Fifth Season to DVD, Blu-ray and Digital for the show’s passionate fans to continue to add to their collections” said Rosemary Markson, WBHE Senior Vice President, Television Marketing. “With this release fans will have a chance to re-experience every harrowing moment of family drama, unrequited desire and continue to question where true loyalties lie.”

The fifth season of Longmire will be available September 26, 2017 to own on Digital HD. Digital HD allows consumers to instantly stream and download all episodes to watch anywhere and anytime on their favorite devices. Digital HD is available from various digital retailers including Amazon Video, CinemaNow, iTunes, PlayStation, Vudu, Xbox and others.

10 One-Hour Episodes
1. A Fog That Won’t Lift
2. One Good Memory
3. Chrysalis
4. The Judas Wolf
5. Pure Peckinpah
6. Objection
7. From This Day Forward
8. Stand Your Ground
9. Continual Soiree
10. The Stuff Dreams Are Made Of