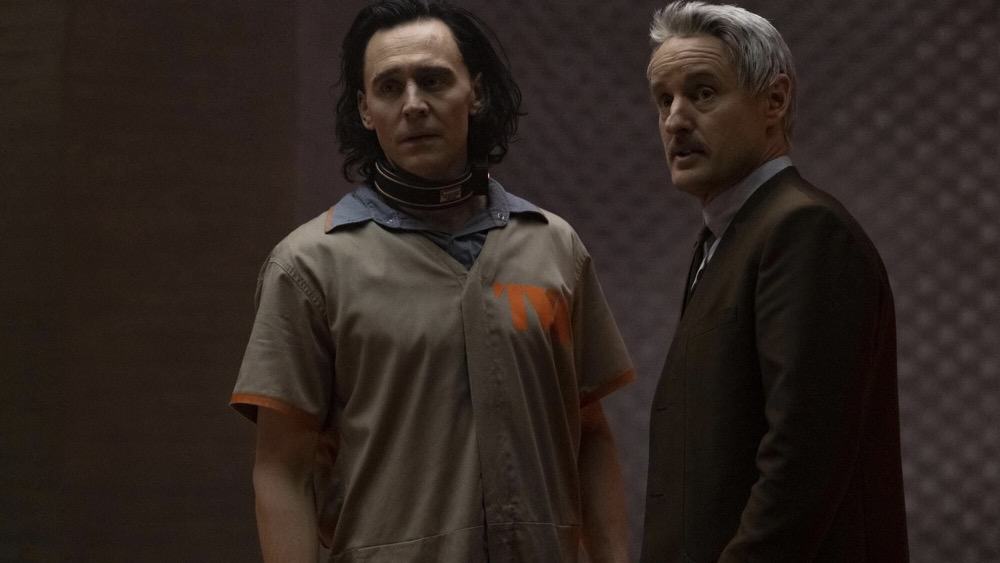 The latest MCU series is LOKI, which premiered on Disney+ this past week. Tom Hiddleston reprises his role as the titular villain circa the first The Avengers film, having just killed Coulson and attacked New York. As glimpsed during the time travel portion of Avengers: End Game, Loki briefly escapes this time with the Tesseract. But as LOKI the series begins, he’s caught by the Time Variance Authority, since he’s a variant out of the accepted timeline. In their custody, he faces punishment and possible death. Until a TVA officer with sway takes an interest in him, hoping Loki can help the organization.

Loki himself doesn’t really understand (or at first believe) what’s happening to him, and that’s beneficial to the audience. He’s a fish out of water, and our way into this new world, a corner of the MCU we were previously unaware of. Loki has always straddled the line between hero and bad guy, and while this Loki comes from the darker period of the character, it’s easy enough to make us care about him, knowing he is capable of more. Which Loki is shown before the end of the first hour, an important step in getting a redeemed Loki, as he was before he died in the films.

The co-lead alongside Loki is Mobius (Owen Wilson, The Royal Tenenbaums), the agent who wants Loki to help him. He seems about as opposite a personality as one might get from Loki, easygoing and confident, secure in who he is. He’s a good way to get us into the world and introduce the rules, as there is never any doubt that he knows what he’s doing in his job. Wilson is playing the role as he always does, but if anything, with even more depth, an excellent scene partner for Hiddleston.

Rounding out the cast are a slew of smaller parts that aren’t really developed yet. Gugu Mbatha-Raw (The Morning Show) is a great presence as Judge Ravonna Renslayer. Wunmi Mosaku, who shone last year in Lovecraft Country, is hilarious as Hunter B-15. And Eugene Cordero (The Good Place, Star Trek: Lower Decks) is great doing what he does best as the hapless Casey. I look forward to more from each of them, easily seeing their parallels to Monica, Woo, and Darcy from earlier MCU series WandaVision.

The plot is a little slow to get started, but that’s OK because of the sheer amount of new information that had to be covered in the initial installment. So much is added to expand the universe (or omniverse). Yet, at the same time, LOKI finds time to give us some extremely moving character moments and showcase its leads’ talents. It’s a great balance of exposition, action, and development, well executed and immediately enticing.

Some fans have already dissected Avengers: End Game for what they perceive as inconsistencies in the time travel portrayal, and that is sure to continue with LOKI. But here’s the thing: Time travel isn’t real. So as long as a franchise is consistent within itself and the rules it sets out, then I recommend suspending disbelief and accepting the way it is. Having a character in the first episode of LOKI declare what the Avengers did, mucking with time, was always meant to happen is an easy out. It’s also a way not to get bogged down in the details and keep the story moving, which seems necessary.

LOKI is not quite the mystery box WandaVision was. There is plenty still unknown, but that doesn’t seem to be the point of the series. It is a lot more complex than The Falcon and the Winter Soldier, and certainly more ambitious. I would say by finding a place between those two, LOKI has staked its own ground and already earned its keep, just as compelling (if not more so) than the first two efforts. I look forward to see how it progresses.