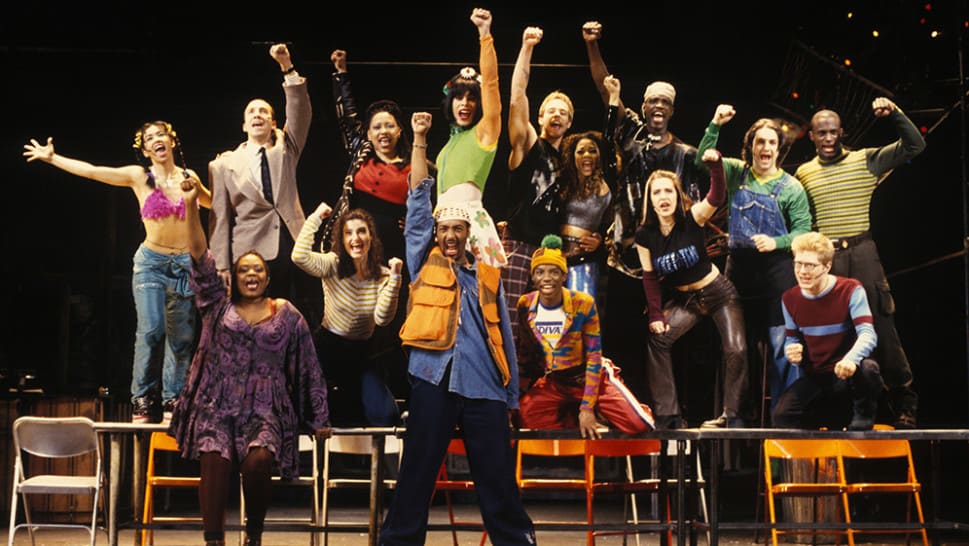 A re-imagining of Puccini’s “La Bohème,” and set in New York City’s gritty East Village, “Rent” tells the unforgettable story of seven artists struggling to follow their dreams during a time of great social and political turmoil. After winning four Tony Awards and the Pulitzer Prize, writer/composer Jonathan Larson’s tour de force celebrates its 20thanniversary this year, as it continues to offer an inspiring message of hope and friendship.

Additional details and auspices to be announced.

Jonathan Larson received the 1996 Pulitzer Prize for Drama for “Rent” (Book, Music, Lyrics). He also won the 1996 Tony Award for Best Musical and the 1994 Richard Rodgers Award for “Rent” and twice received The Gilman & Gonzales-Falla Theatre Foundation’s Commendation Award. In 1989, he was granted the Stephen Sondheim Award from American Music Theatre Festival, where he contributed to the musical “Sitting on the Edge of the Future.” In 1988, he won the Richard Rodgers Development Grant for his rock musical, “Superbia,” which was staged at Playwrights Horizons. He composed the score for the musical “J.P. Morgan Saves the Nation,” which was presented by En Garde Arts in 1995. Larson performed his rock monologue, “tick, tick . . . BOOM!,” at Second Stage Theatre, The Village Gate and New York Theatre Workshop. In addition to scoring and song writing for “Sesame Street,” he created music for a number of children’s book-cassettes, including Steven Spielberg’s “An American Tail” and “Land Before Time.” Other film scores include work for Rolling Stone magazine publisher Jann Wenner. He conceived, directed and wrote four original songs for “Away We Go!,” a musical video for children. “Rent,” his rock opera based on “La Boheme,” had its world premiere on February 13, 1996, at New York Theatre Workshop. Larson died unexpectedly of an aortic aneurysm on January 25, 1996, ten days before his 36th birthday.

Marc Platt is the Emmy Award-winning producer of FOX’s “Grease: Live.” He is also an Academy Award-nominated producer, most recently for director Damien Chazelle’s “La La Land” and Steven Spielberg’s “Bridge of Spies.” Platt has developed some of the most successful film, theater and television projects of the last 30 years. His film resume includes such titles as “Legally Blonde,” “Into the Woods,” “Drive,” “Rachel Getting Married,” “Scott Pilgrim” and “Wanted.” He is also the producer of the Broadway mega-hit “Wicked,” which has been seen by more than 50 million fans worldwide and globally has racked up $4 billion. A former film executive, Platt served as president of production for three movie studios, where he oversaw box office and critical successes, including “Philadelphia,” “Rudy,” “As Good As It Gets,” “Legends of the Fall” and “The Silence of the Lambs.” Platt also is executive-producing FOX’s live musical production, A CHRISTMAS STORY LIVE, scheduled to air this December.