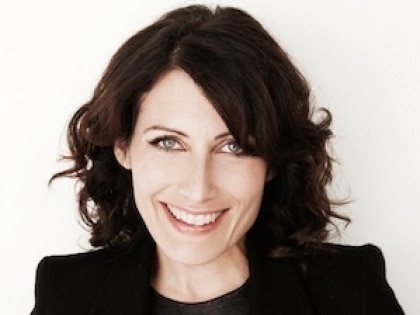 Lisa Edelstein will guest star in two episodes of the hit comedy series HOUSE OF LIES as Brynn, a smart and sexy political consultant whom Marty (Don Cheadle) encounters on one of his assignments.  The series returns for a second season on Sunday, January 13th at 10 PM (ET/PT) on SHOWTIME.  HOUSE OF LIES, which also stars Kristen Bell, Ben Schwartz and Josh Lawson, is currently in production in Los Angeles.

Lisa Edelstein has had many memorable roles on television including her first role as Lisa E on MTV’s Awake on the Wild Side  and her most recent role as Dr. Lisa Cuddy on the hit Fox medical drama House, which garnered her the People’s Choice Award for “Favorite TV Actress.”  She has since transitioned into a memorable arc on The Good Wife  and guest starred on Elementary.  Additional television credits include The West Wing, Ally McBeal, Relativity, Family Law and The Practice.  She was also seen on Leap of Faith and had guest turns on Seinfeld, Without A Trace, Frasier, Felicity, and ER.  Edelstein also works extensively in the realm of voiceover, most recently on Airbender: Legend of Korra, as well as the character of Mercy Graves on the animated Superman and Justice League series, and memorable guest spots on American Dad and King of the Hill.  Edelstein’s feature films include Keeping the Faith,  What Women Want, Daddy Day Care and As Good As It Gets, as well as the more dramatic SHOWTIME television film, Fathers and Sons.  After honing her craft at the prestigious NYU Tisch School of the Arts, Edelstein performed in numerous off and off-off Broadway productions, including the AIDS-related musical, Positive Me, which she authored, composed, and performed.  In fact, Common Ground recently bestowed her with an honor on behalf of her efforts to further awareness.  Lisa resides in Los Angeles in a century-old home with her rescue dogs.  She volunteers her time by working with a variety of charity organizations, namely Best Friend Animal Sanctuary, Save the Children, and Planned Parenthood.