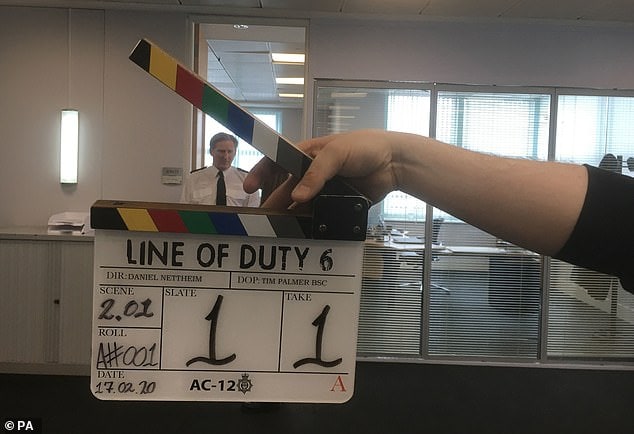 Filming is once more underway on the new series of Line Of Duty.

As previously announced, the next instalment of the hit police thriller will feature a brand new case for AC-12, this time investigating DCI Joanne Davidson (Kelly Macdonald), the senior investigating officer on an unsolved murder case.

Line of Duty showrunner, Jed Mercurio, says: “We know Line of Duty fans are desperate for series six and we hope we can get it on air as soon as possible. Thanks so much for your patience in these difficult times.”

Martin Compston (DS Steve Arnott), says: “It’s been a long few months and it will be a different way of working from when we stopped, but I’m delighted to be back on the case with the Line Of Duty team!”

Vicky McClure (DI Kate Fleming), says: “Been sitting on these incredible scripts for some time now, so I’m really looking forward to getting back to it and seeing the Line Of Duty family.”

Adrian Dunbar (Supt. Ted Hastings), adds: “Even with the imposition of Covid restrictions I can’t hide my excitement at getting the team back together. So many people wondering… what happens next?”

Simon Heath, Executive Producer for World Productions, says: “It’s been almost six months since we stopped shooting, but following our implementation of all the industry Covid protocols, we’re delighted to be able to resume filming series six safely.”

Together with independent health and safety consultants, in full consultation with industry partners, and in accordance with all current government guidelines on Covid-19, the Line Of Duty production team will adhere to comprehensive protocols to ensure that the new series is produced in a safe and responsible manner.

Line Of Duty is written and created by Jed Mercurio, and made for BBC One by World Productions. The new series will be directed by Daniel Nettheim, Gareth Bryn, and Jennie Darnell, and the producer is Ken Horn. Executive producers are Jed Mercurio, Simon Heath for World Productions, and Tommy Bulfin for BBC One. International distribution of the sixth series of Line Of Duty is handled by ITV Studios.

The first five series of Line Of Duty are available to watch on BBC iPlayer. Series six is now due to air on BBC One next year.