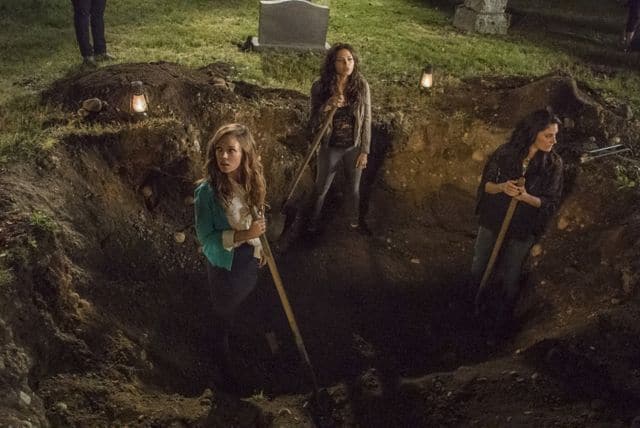 Regarding the pick-up, Sharenow said, “We’ve been thrilled about Witches of East End and its powerful premise since the moment we bought the property, and our friends at Fox 21 helped develop it for television.  This is one of the most exciting ensemble casts we’ve seen and the whole show is fresh, original and just right for Lifetime.”

Based on Melissa de la Cruz’s best-selling novel, Witches of East End centers on the adventures of Joanna Beauchamp (Ormond) and her two adult daughters Freya (Dewan-Tatum) and Ingrid (Boston) — both of whom unknowingly are their family’s next generation of witches — who lead seemingly quiet, uneventful modern day lives in Long Island’s secluded seaside town of East Haven.  When Freya becomes engaged to a young, wealthy newcomer, a series of events forces Joanna to admit to her daughters they are, in fact, powerful and immortal witches.  Amick stars as Joanna’s mischievous witch sister Wendy.  Maggie Friedman (Dawson’s Creek, Jack and Bobby and Eastwick) wrote the pilot, which was directed by Mark Waters (Mean Girls), andwill executive produce Witches of East End with Erwin Stoff (The Matrix) of 3 Arts Entertainment. The series hails from Fox 21 (Homeland, Sons of Anarchy).