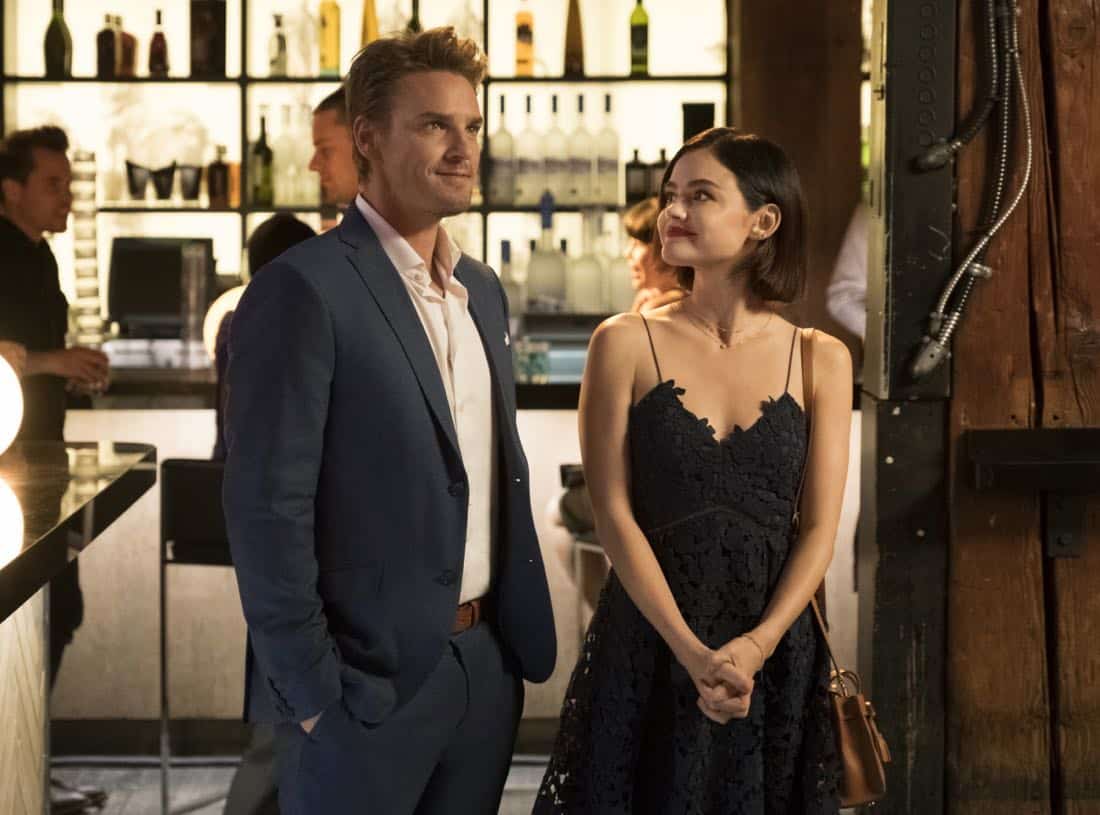 The new CW drama series LIFE SENTENCE is unabashedly cheerful and romantic. It shines the spotlight on a twenty-something young woman who finds out that after believing for 8 years that she was dying of cancer, that instead, she has beaten it. LIFE SENTENCE is all about celebrating life and being young and in love. While attending the Television Critics Association Winter 2018 tour, we had the chance to chat with star Riley Smith about his new series LIFE SENTENCE making its debut on the CW. In an exclusive interview, Riley previewed LIFE SENTENCE and the appeal of joining a show centered around a young woman embracing life after cancer and who is joyfully appreciating everything life has to offer.

Coming from FREQUENCY, a time-travel drama, to a rom-com like LIFE SENTENCE, what was the attraction coming to this show?
RILEY: That was exactly it, the show was 180 degrees different than FREQUENCY. And for me personally, the character was completely different and I thought that was a great challenge — and I thought that was a nice change up for me — just to try something new and different. And I’m a huge fan of this style of show — this type of tone. I just haven’t done a lot of it as a walk-in character. So personally, I thought it was a great opportunity.

And you and Lucy (Hale) both sing. Was that was part of the appeal?
RILEY: [Laughs] Yeah. I sing on the show, which is really fun. Episode 6, they let me sing two original songs.

That’s awesome. How did that happen?
RILEY: Organically. There was a joke from the first episode of mine — Episode 3 — that my character only came back to visit his visit his high school demo band that didn’t get signed. Then Rich [Keith] came up to me and said, “I didn’t know that you actually sing. Would you like to sing on the show?” And I said, “Yeah, for sure!”

How would you describe your character Dr. Will Smith?
RILEY: Will’s a doctor on the show. He’s an oncologist who is helping cancer patients, and Stella and his character have great chemistry. They get each other on another level, and it becomes more of an “emotional affair,” rather than a physical affair — so far.

So maybe there could be something down the road between Stella and Will? Would you describe Will as somebody who wants something beyond friendship with her?
RILEY: Yeah. He definitely is very taken by her. But he doesn’t want to disrupt the marriage. He’s very respectful. I like that about him. It made him a good guy. He doesn’t run a pass or anything like that. [Laughs] But he definitely wants to.

To understand how Riley’s character fits in Stella’s post-cancer world, definitely catch the premiere of LIFE SENTENCE on Wednesday, March 7th at 9:00 p.m. on the CW and then to see Riley sweep everyone off their feet as Dr. Will Smith, be sure to tune in for Episode 3 of LIFE SENTENCE on Wednesday, March 21st. For fun clips and information about the show, you can follow the show on Twitter @CW_LifeSentence and to follow what Riley is up to as his career grows, be sure to follow him on Twitter @RileySmith.

Riley Smith “Don’t Make ‘em Like You No More”:

Riley Smith “In The Name Of Your Love”: