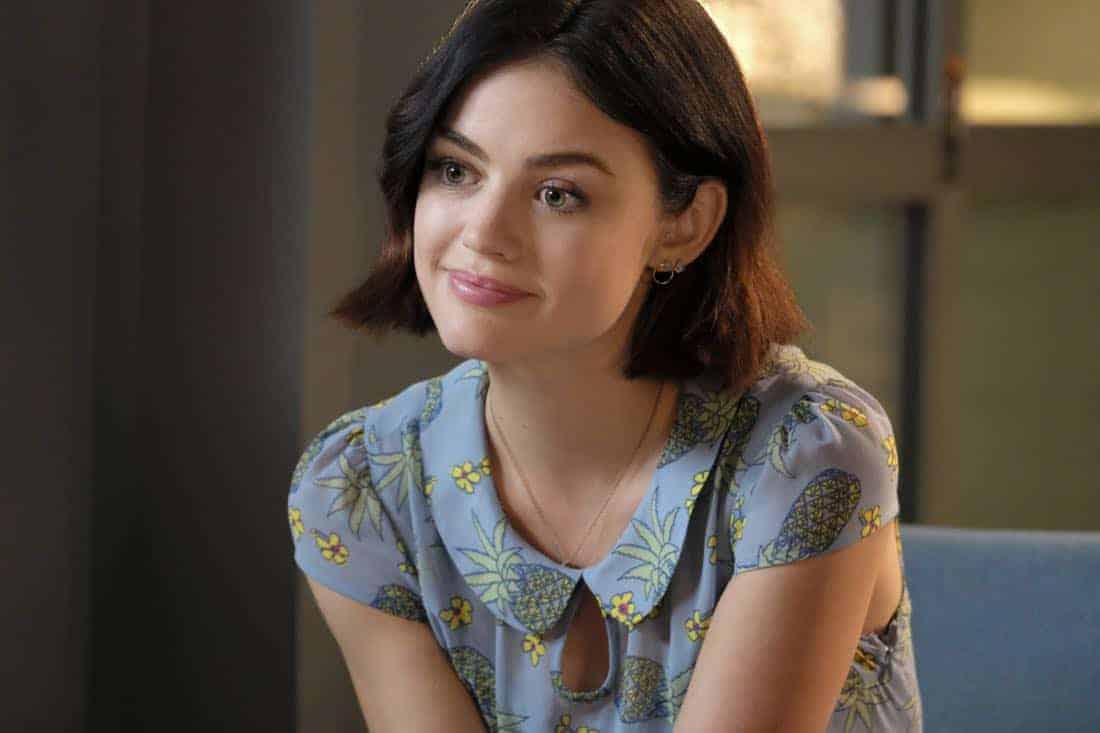 NO MORE LIES – When Stella (Lucy Hale) decides to apply for a manager position, she learns another secret about her past, forcing her to figure out what she really wants to do with her life. Knowing that they need money, Wes (Elliot Knight) starts secretly working on a project which upsets Stella. With the house sold, Peter (Dylan Walsh) and Aiden (Jayson Blair) find themselves in an interesting living situation. Meanwhile, Aiden is ready to take on the responsibility of being a father, but learns some shocking news that changes things. Carlos PenaVega and Gillian Vigman also star. Roger Kumble directed the episode written by Lisa Melamed and Erin Cardillo & Richard Keith (#103). Original airdate 3/28/2018. LIFE SENTENCE Season 1 Episode 4 Photos How Stella Got Her Groove On