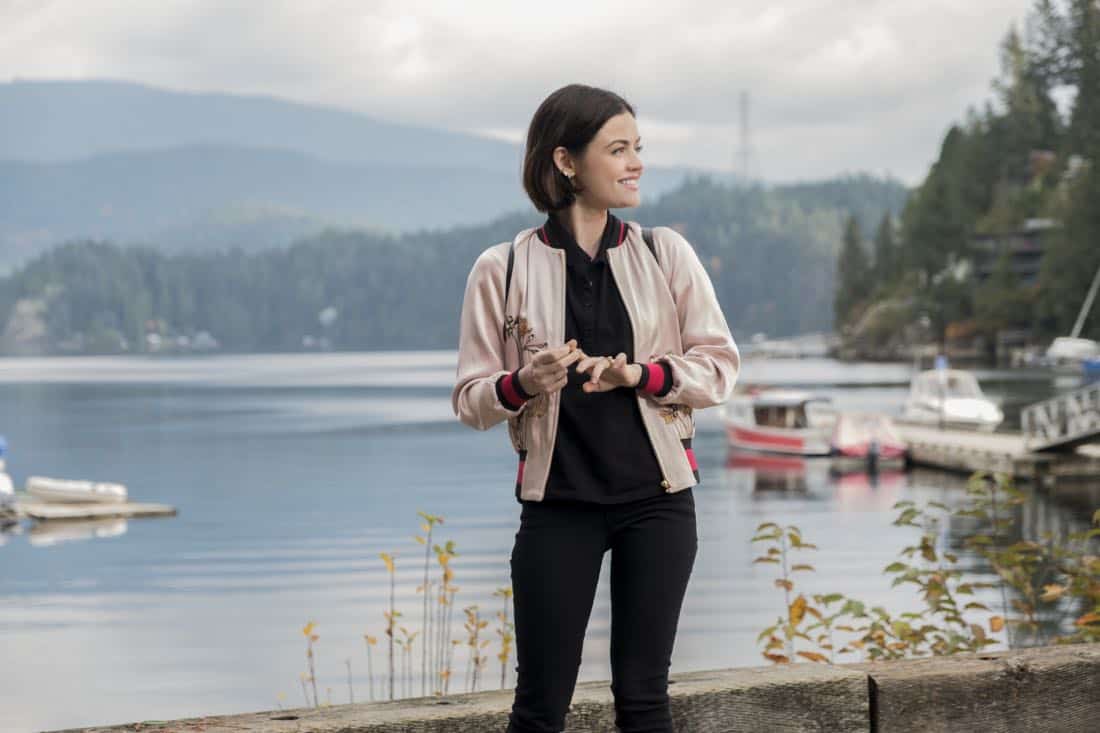 DIGGING DEEPER – When the INS unexpectedly shows up to Stella (Lucy Hale) and Wes’ (Elliot Knight) apartment to check the legitimacy of their marriage, they realize that they need to defend their marriage or Wes might be deported back to London.   Peter (Dylan Walsh) and Ida (Gillian Vigman) decide to sell the house, but when an offer comes in, Peter hesitates on following through.  Stella tries to help Aiden (Jayson Blair) step up to his responsibilities and to stop avoiding reality.  Meanwhile, Elizabeth (Brooke Lyons) is having writer’s block and Stella thinks she has a fix, but Elizabeth’s husband Diego (Carlos PenaVega) is not overjoyed by the idea.  John Kretchmer directed the episode written by Erin Cardillo & Richard Keith (#102).  Original airdate 3/14/2018. LIFE SENTENCE Season 1 Episode 2 Photos Re-Inventing The Abbotts.

But, now that she’s well, all bets are off. Stella is shocked to learn that her parents, Peter (Dylan Walsh) and Ida (Gillian Vigman), have fallen out of love, partly because Peter spent their retirement helping Stella make the most of her final days, and partly because Ida has fallen in love with her best friend (Stella’s godmother), Poppy. Also, it turns out Stella may be responsible for the fact that her sister, Elizabeth (Brooke Lyons), gave up her own dreams to take care of Stella and start a family with her husband Diego (Carlos PenaVega), just to give her parents something positive to focus on. Then there’s Stella’s often overlooked brother, Aiden (Jayson Blair), who’s pushing 30 and still lives above the garage, sells Adderall to soccer moms and uses Stella’s cancer to guilt them into sleeping with him. And, of course, there’s her husband Wes (Elliot Knight), a handsome Londoner who she agreed to spend the rest of her life with, thinking that would only be six to eight months, tops. Now that their forever just got a whole lot longer than they were expecting, Wes begins to worry that he can’t continue to pretend to be her perfect husband for the rest of his life.

With a real future suddenly in front of her, Stella’s cinematic life snaps into reality, and instead of living like she’s dying, she will have to learn to live like she’s living, and help her family and friends do the same. This multi-generational, coming-of-age story proves that we all end up living somewhere between our dreams and reality… and maybe that’s okay.