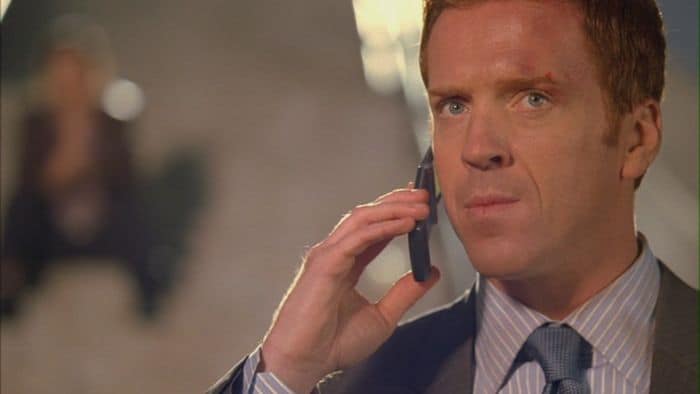 Chit Chat Gal got to spend a few minutes with Creator and Executive Producer Rand Ravich and series star Damian Lewis chatting about their upcoming new series “Life” on NBC. The show has been a favorite around here for months and was truly a pleasant surprise this past pilot season. “Life” kicks its series off tonight at 10:00pm EST on NBC.

As far as the conspiracy theory goes, are we going to get a lot of answers this year, or is it going to be one of those things that’s dragged out like “Lost”?

Rand Ravich: No. You’ll get some answers. You’ll get a answers like on “24”, which gives you – it’s a long-running show, but gives you emotional closure. Every few episodes you get something – you get a piece of information that’s very helpful. The writers and I are not particularly fond of are shows where you feel like you’;re kind of wandering in the desert.
And while this is not a serialized show, this is a close-ended episodic television show, which will tell a complete story every week, the conspiracy — it is Charlie’s biggest case, what happened to him, we will get definite answers on a timely basis because those are the kind of shows I would rather watch.

Can you tell me the genesis of this show and how Damian came to be cast in this?

Rand Ravich: The genesis of the show is I&rsquo;ve always been wildly interested in police shows and I&rsquo;ve done a police pilot for NBC a couple years ago – a period piece. So I&rsquo;ve done a lot of police research. And this season, when I was thinking about a pilot, I really wanted to start with the character.&nbsp; I found this character of Charlie Crews, a man who is getting a second chance in life, a man who had been falsely accused; but instead of it breaking him and instead of it being dark and dour and depressing, it made him very aware of how precious life is, and it is a chance to have a show that exists in some light instead of darkness given the back story.
I&rsquo;ve just always been a huge fan of Damian. And when I was finished writing it I thought of him for the part, and I was lucky enough to get him in the time when he was willing to come over here and do American television.
Damian Lewis: Well the genesis of it for me is — as it always is for the actor is a phone call. But it was very tempting from the outset because of the strength of the script and that&rsquo;s the only place you can ever start from as an actor. It&rsquo;s a big commitment signing up for American network TV show. I felt very comfortable doing it because I enjoyed the script so much.
The character is a wonderful character. There&rsquo;s a little bit of wish fulfillment, a little bit of fantasy in there. We join the character, as Rand says, after some horrible, horrible central incident in his life, and we join the character at a time when he is reborn, liberated, and freed from his previous life; and that gives you tremendous scope. And as Rand says, the chance of tremendous joy and optimism; and I thought that was a new take on a cop show.
Rand Ravich: Damian has the unique ability, which I&rsquo;d wanted in this character, to be ultimately a tough guy because of his time in prison – you know, having really seen serious things, but also not being afraid to be warm and open; and I really want those two sides in the character and in the stories he embraces. It was very difficult to find. It&rsquo;s very difficult to find an actor and Damian has that ability to embrace both those parts of his personality.

Did you actually do some research on police jargon or anything like that just so that you could sound like a police officer?

Damian Lewis: Yes, but of course you can only sound as much like a police officer as the script will allow you. I mean this is not a documentary piece. This is a drama with great chunks of comedy in it and it should be entertaining.

As Rand was explaining earlier, when there is an option to go for – go to the heart of the emotion of a story that week, then that option is taken, and I think, you know, anything that is procedural and documentary in style I think will be just to put to one side at that point. But, yes. I mean you just put yourself around people that&rsquo;s like me – who&rsquo;s like me doing the show in an American accent. When I&rsquo;m on set I speak in an American accent all day. I just stay there. It&rsquo;s easier for me. It keeps me closer to the character.

So one of our props guys, in fact, was a Sheriff County – was a Sheriff in LA County – Kern County, and he flew helicopters for a long time. And, you know, I speak a lot with him daily. We have a technical advisor. I speak with him daily. When the SWAT team guys come on for scenes when we need SWAT team and they&rsquo;re all retired officers, you know, and I speak to them.

It&rsquo;s just putting yourself next to peole who have had the experience and, you know, you just rub up against them and you hope some of it rubs off on you. And that often is – that is often the best way of doing it. You can read as much as you want; you can watch as much documentary footage, but just standing in front of a guy who&rsquo;s done it is always the most helpful.

Charlie&rsquo;s obsession with fruit – It&rsquo;s one of his most endearing qualities. Where did that idea come from?

And I thought that was such a beautiful symbol for the juice and vitality of the natural world that he was deprived from unjustly for all those years. And so he was hungry for it all those years and his appetite for that sweet, juicy fruit of life is still in evidence as the series begins. And so he cannot get enough.

Damian Lewis: Luckily, so do I, otherwise you would&rsquo;ve had a problem&hellip;

Rand Ravich: He eats a lot of fruit, this kid.