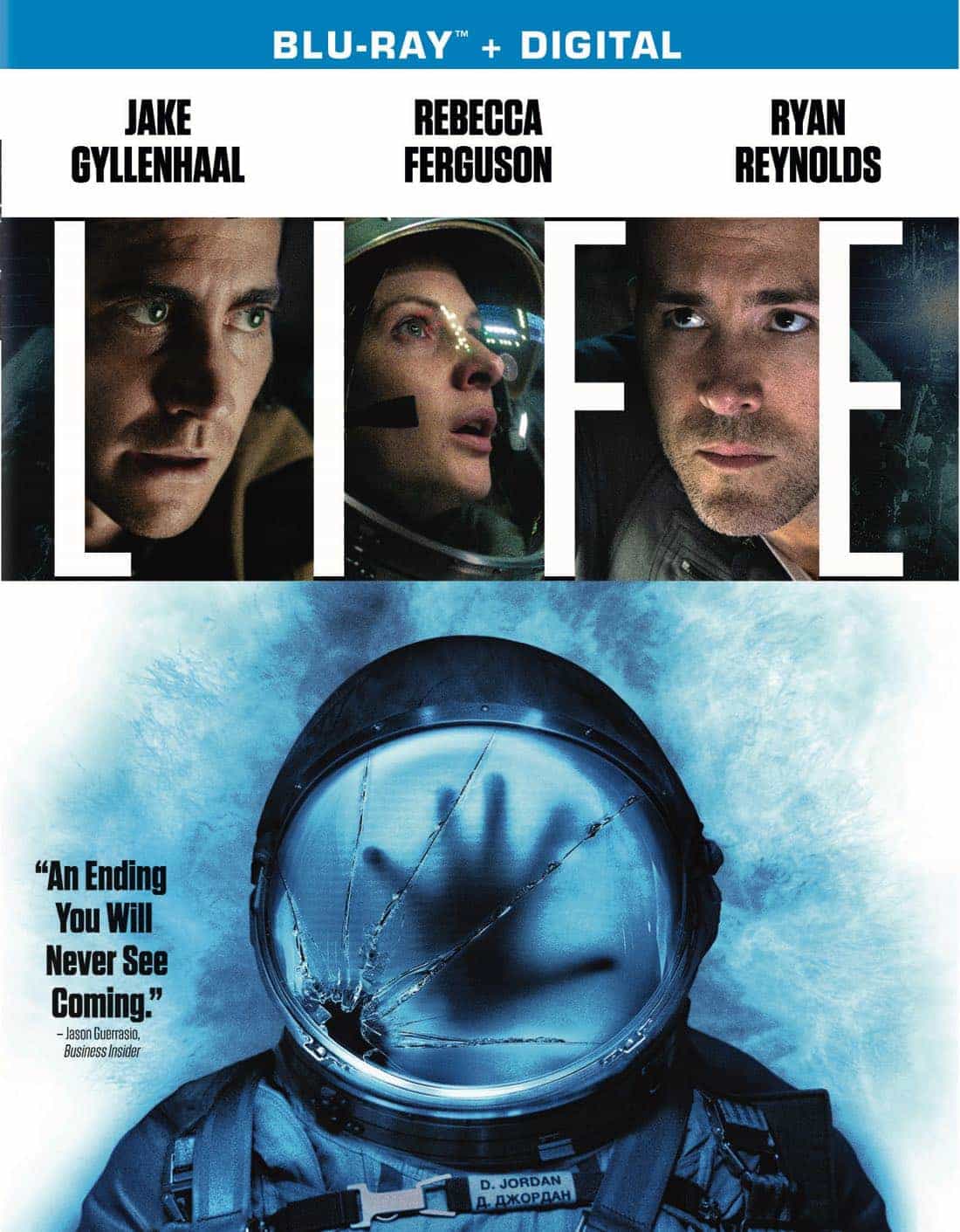 Packed with bonus materials, the Blu-ray, DVD and digital releases of LIFE include deleted scenes, three behind-the-scenes featurettes and the never before seen “Astronaut Diaries”. In “Claustrophobic Terror: Creating a Thriller in Space,” director Daniel Espinosa and writers Rhett Reese and Paul Wernick take fans through their dynamic approach to creating the tense cinematic thriller. Fans dive deep into the scientific reasoning behind the creation of Calvin and learn why it inspires wonder and fear in “Creating Life: The Art and Reality of Calvin.” In “Life: In Zero G,” the cast and crew dive into the challenges of filming an entire film mimicking zero gravity. Finally, in “Astronaut Diaries,” Rory Adams, Miranda North and Hugh Derry reveal their inner most feelings about their mission and life, in video diaries pulled directly from the station.

Synopsis:
LIFE is an intense sci-fi thriller about a team of scientists aboard the International Space Station whose mission of discovery turns to one of primal fear when they find a rapidly evolving life-form that caused extinction on Mars, and now threatens the crew and all life on Earth.

Blu-ray, 4K Ultra HD, DVD & Digital Bonus Materials Include:
Deleted Scenes
Three Featurettes:
“Claustrophobic Terror: Creating a Thriller in Space”
“Life: In Zero G”
“Creating Life: The Art and Reality of Calvin”
“Astronaut Diaries”
LIFE has a run time of approximately 102 minutes and has an R rating for language throughout, some sci-fi violence and terror.